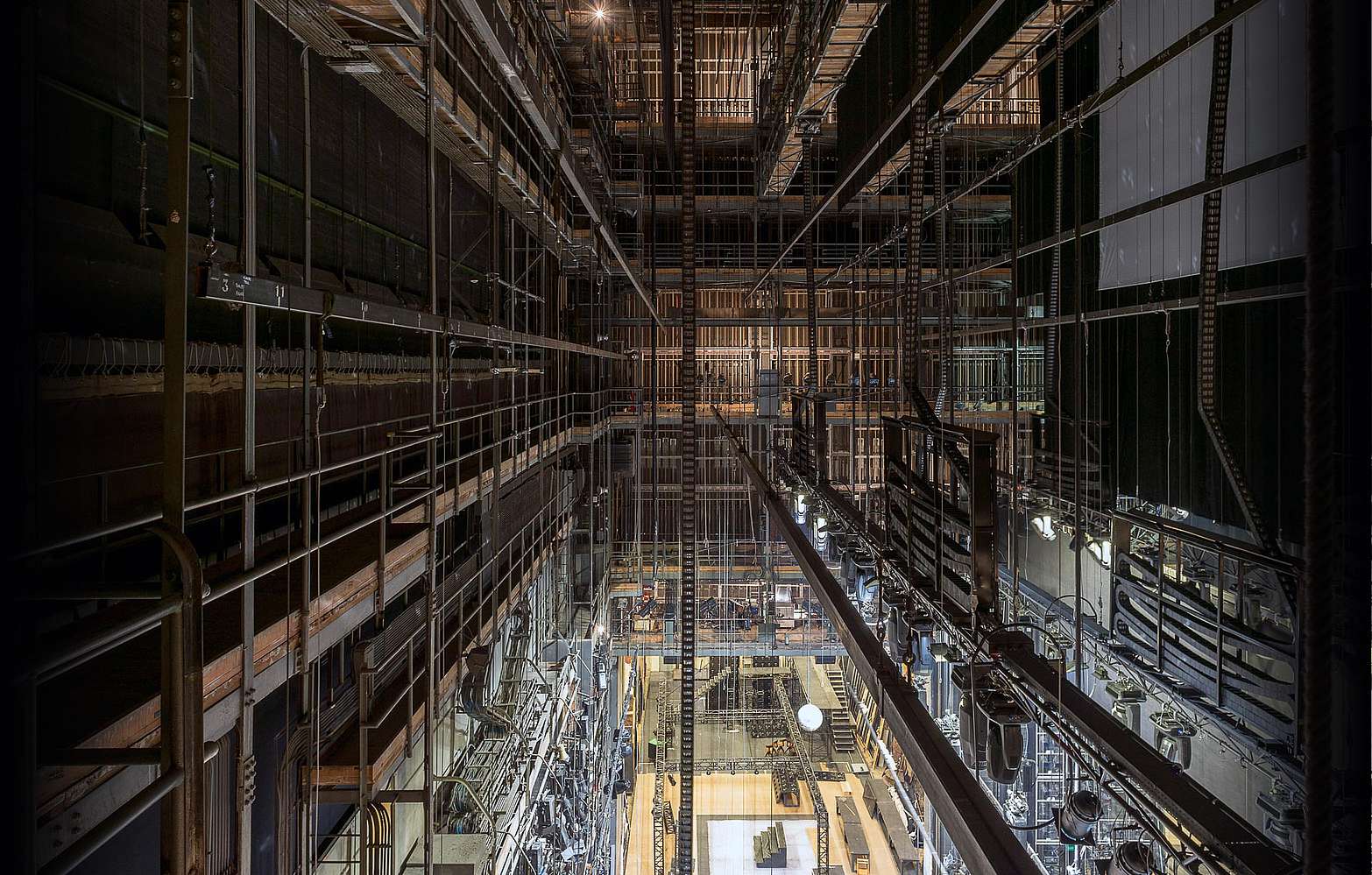 Architecture of the Grand Theatre or grand theatre architecture? Fifty years after the reconstruction of the Teatr Wielki, or Grand Theatre, at a time when Polish architectural and artistic identity is fervently debated, we want to showcase a completed architectural work of the highest order and a space where art happens on an everyday basis: the Teatr Wielki – Polish National Opera. Reopened exactly half a century ago, this opera – and ballet – house, intriguing with its form and amazing with its content, is a symbol of Warsaw and Polish culture. The building of the Teatr Wielki – Polish National Opera has a long history shaped by a string of exquisite artists, ranging from Antonio Corazzi, the architect who designed its original classicist structure, to Bohdan Pniewski, the man behind of its reconstruction.Nicolas Grospierre’s 50/50 project is an extraordinary, intriguing journey around the spaces of the Teatr Wielki: both the front of house and the backstage – the theatre’s heart. The symbolic fifty photographs provided the author with a framework to present his contemporary vision of the building on the 50th anniversary of its reconstruction. 50/50 (Wielki Teatr) is a simple, consistent, and systematic documentation of the spaces of the Teatr Wielki.

‘Wandering around the enormous building, walking along its endless corridors, climbing its stairways, roaming the vast and surprising spaces of the theatre, I felt the need to render its scale and incredible complexity. I also wanted to organise it in a manner that would help the viewer understand how the language of the Teatr Wielki’s architecture translates into the venue’s operations.’ — Nicolas Grospierre

Nicolas Grospierre – a photographer who has made architecture the protagonist of his art – captured the specificity of the theatre’s spaces in a very evocative way, constructing an in-depth narration with lucid means. Karol Żurawski, the architect of the exhibition that presents the outcomes of Grospierre’s endeavour, displayed a similar sensitivity and imagination. This synthetic, minimalist, elegant exposition is also a contemporary commentary on Bohdan Pniewski’s architecture. The brass and stucco is a reference to the theatre’s internal decor, while the arrangement of the exhibition possesses its own, inherent rhythm, and facilitates concentration.

Open for viewing from Thursday to Saturday, 10 am–5 pm. Enter through the pre-sales box office hall and Opera Gallery. Ticket holders will be admitted an hour before the show and during intermissions.