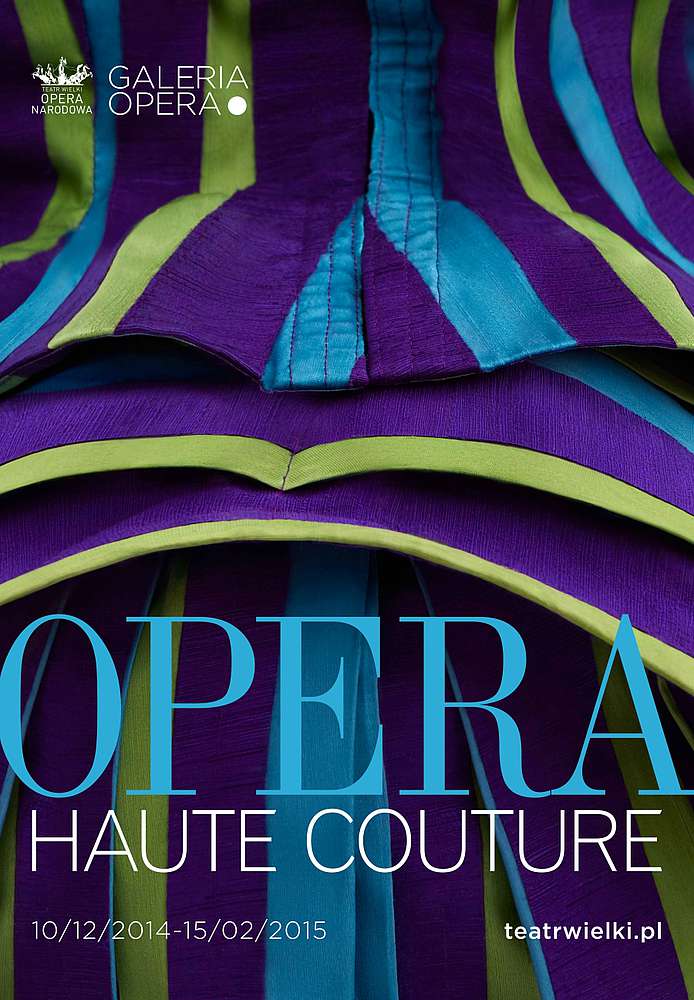 High fashion on a grand stage: the latest exhibition to have opened at Opera Gallery is tellingly called Opera Haute Couture. It is a showcase of bespoke tailoring that has produced unique costumes made of the best fabrics. The costumes on display have been designed by fashion designers Gosia Baczyńska, Tomasz Ossoliński, Joanna Klimas, Maciej Zień, Hanna Bakuła, Franca Squarciapino, and Marek Adamski for such ballet and opera productions of the Teatr Wielki as Onegin, La Traviata, Carmen, The Rite of Spring, Don Giovanni, Tristan, Halka, Nabucco, Madame Butterfly or Rigoletto. Normally presented on stage only, they are now offered for close inspection. Visitors may marvel at the sophistication of fabrics, beautiful textures, hand painted patterns, and meticulous detailing.

‘It is not uncommon for artists and fashion designers to collaborate with opera houses around the world. Prominent examples include artists Giorgio de Chirico, Fernand Leger, and Pablo Picasso, or fashion designers Giorgio Armani, Yves Saint Laurent, Christian Lacroix, Miuccia Prada or Viktor&Rolf. In Poland such collaborations have a different dimension. They came at a specific time. When Mariusz Treliński invited Joanna Klimas to work with him on the production of Onegin it was the year 2002. It was a revolution! Poland’s rather conservative audience of the time saw it as a sacrilege. It was like depriving Madame Butterfly of Japanese umbrellas, which Mariusz had done in his fully-fledged opera debut in 1999. The costumes for Madame Butterfly had been designed by the late Magdalena Tesławska and Paweł Grabarczyk, excellent designers of film costumes,’ said Marcin Fedisz, the exhibition’s curator and head of Opera Gallery.

An illustrated book has been released to complement the exhibition, as well as a children’s book titled ‘Wielka moda w Teatrze Wielkim’ (High Fashion at the Teatr Wielki).

Opera Gallery is open from Thursday to Saturday, 10 am–5 pm. Enter through the pre-sales box offices hall. Holders of theatre tickets will be admitted to Opera Gallery for an hour before the show and during intermissions.