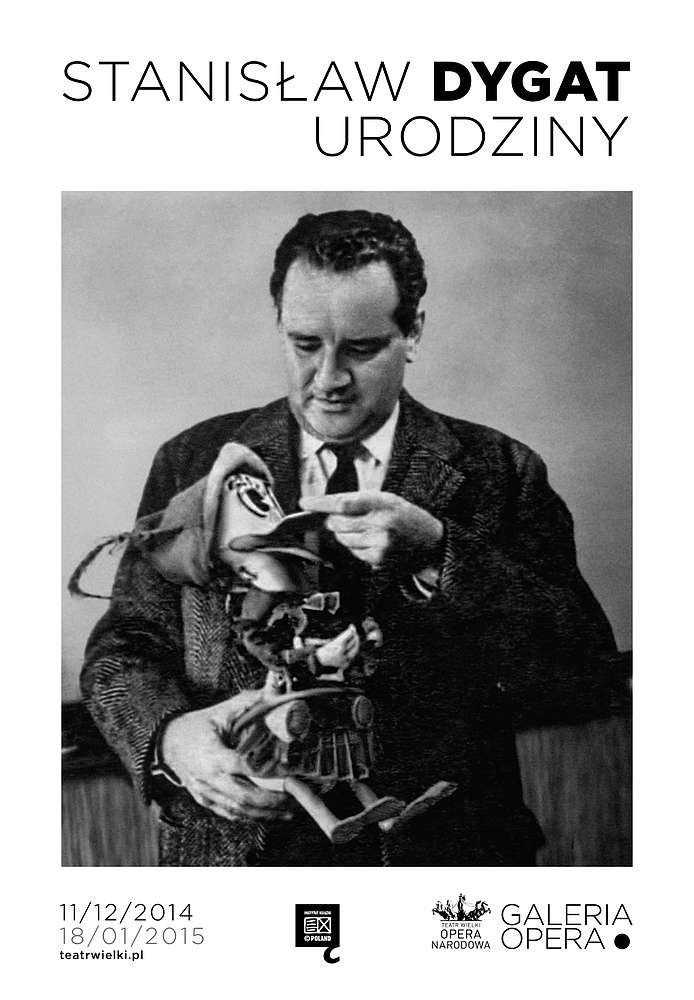 Stanisław Dygat, a prosaist, columnist, screenwriter, and dramaturge. Non-compromising and as carefree as it was possible, he was, above all, loyal and caring. The artist’s ‘human’ side is the topic of an exhibition held the Teatr Wielki – Polish National Opera’s Opera Gallery to mark Dygat’s centenary. On 4 December, four days before the exhibition opens, and one day before Dygat’s actual birthday, Poland’s Senate will pay tribute to the writer by adopting a resolution commemorating him and hist contibuton to Polish culture.

The exhibition offers a chance to cast a glimpse at unpublished photos collected by the artist’s daughter Magda Dygat-Dudzińska, read a letter from Stanisław Mrożek, listen to Janusz Morgenstern and Adam Hanuszkiewicz reminiscing about ‘Staś’, watch a series of film adaptations of Pożegnania, Disneyland (Jowita), Jezioro Bodeńskie, Dworzec w Monachium (Palace Hotel), examine the Dygats’ impressive family tree, get to know the places which he frequented, and read newspapers he wrote to or which wrote about him.

‘He had an absolute sense of humour, just like some have an absolute pitch,’ wrote Kazimierz Brandys about Dygat. Before WWII he was a regular of Warsaw’s famous cafés Ziemiańska and Zodiak, he also frequented the bar Europejski with Witold  Gombrowicz. After the war he became one of the most prominent and influencial literary figures in Poland. The salon of Dygat and his wife, Kalina Jędrusik, famous singer and actress, was the place to be, while Jezioro Bodeńskie was read in literary salons and factory common rooms alike. He had never written a social realist book. ‘I always wanted! I just never knew how!’ he allegedly admitted with a big dose of irony at a meeting with readers.