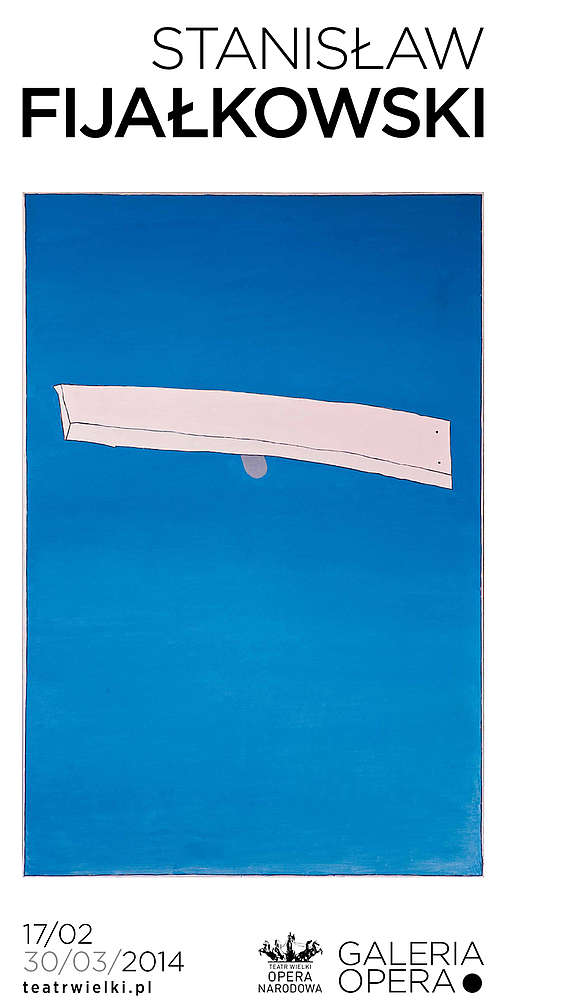 Stanisław Fijałkowski, professor of the Academy of Arts in Łódź, Poland, student of Władysław Strzemiński and Stefan Wegner, is one of the best recognised Polish painters. His works are part of the world’s biggest museum and gallery collections, including the Tate in London, the Tretyakov Gallery in Moscow, or the Museum of Modern Art in New York. They have been showcased at over 660 exhibitions at home and abroad.

Opera Gallery displayed Fijałkowski’s works in February 2014. The exhibition included a few dozen of his latest pieces of 2000–2005 and 2008–2013, as well as  Autostrada dla niebiańskiego posłańca of 1990 and eight computer graphics.

Fijałkowski is a master of abstract painting. His forms are minimalistic, he plays with colour, making it the background of some of his pieces and placing elements reminiscent of geometric figures against it. Every shade has a different energy and creates its own space. The exhibition was complemented by the screening of Ewa Róża Fabjanowska and Sławek Malcharek’s film recording an interview with the painter. The artist, a man of great humbleness and warmth, was also present at the opening.

The exhibition space was arranged by Anna Skołożyńska-Cieciera as the painter’s study at 27 Zachodnia street in Łódź. The catalogue included a text by Zbigniew Taranienko on the inspirations for Fijałkowski’s paintings and an interview with the artist. An interactive book was published for the youngest visitors.