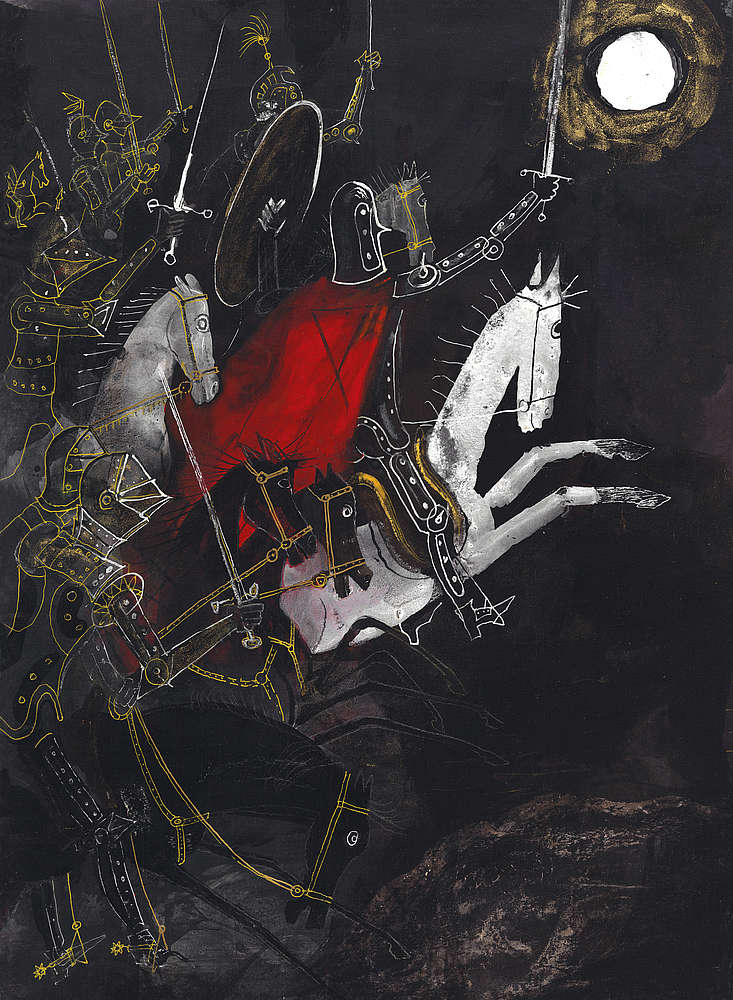 Józef Wilkoń: a colourful figure, endowed with a firm handshake and a strong character. He is an illustrator, painter, sculptor, poster and set designer. We writes, teaches, mentors. He loves life, his work, people. He enjoys his food, drink, and foul language. He studied art in Kraków alongside Franciszek Starowieyski and Roman Cieślewicz. Illustrating Don Quixote was another dream come true for him. Designed by Mr Wilkoń, the special edition of the Cervantes classic is one of the artist’s biggest achievements. The motif of the knight-errant emerged in his work as early as the beginning of the 1960s, yet it was not until recently that he amassed a fully-fledged, yet – as he claims – still not finished, collection of pieces devoted to the gentleman of La Mancha. The works differ greatly from one another: realism meets fairytale aesthetics, colorful images coexist with monochrome ones, portraits intermix with group scenes, works focusing on the detail are juxtaposed with vast landscapes.

Enter through the box office lobby.