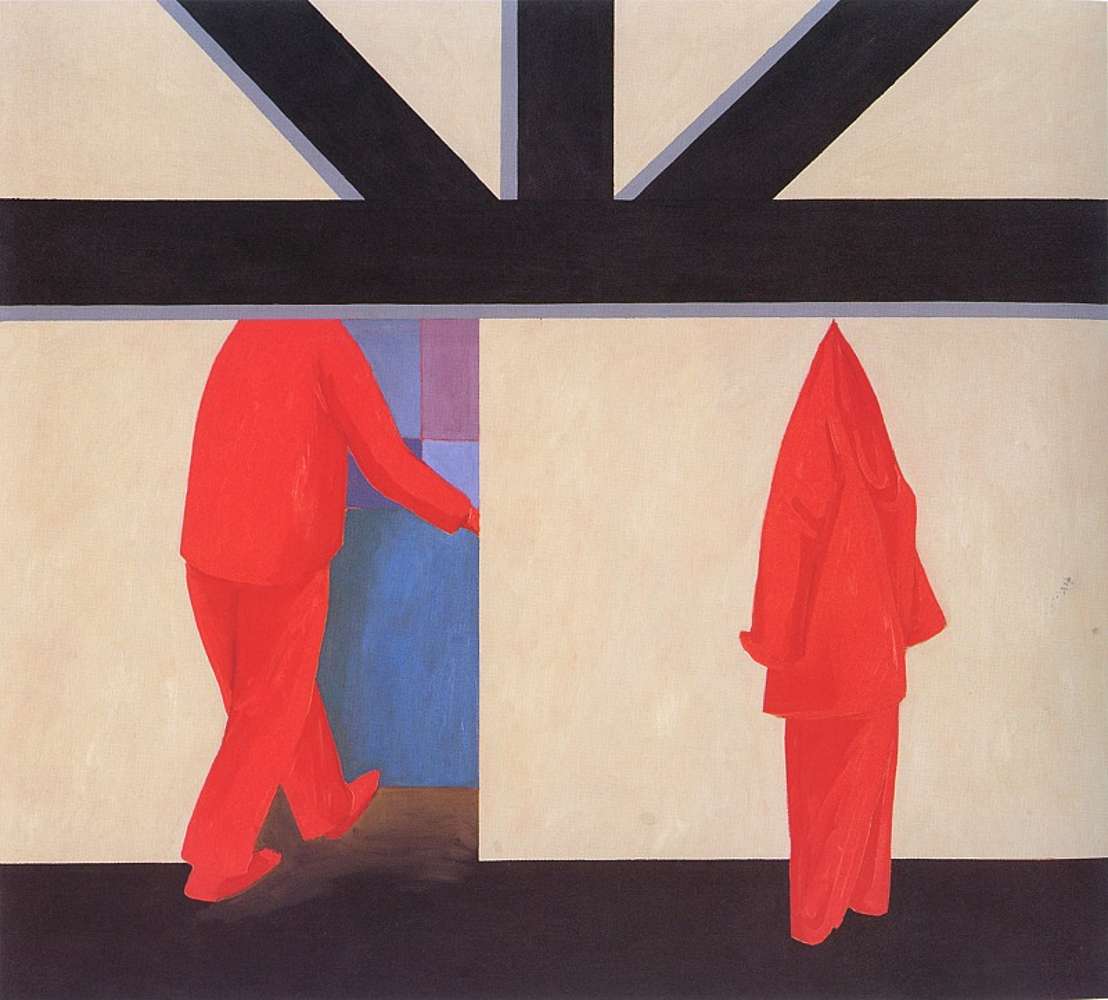 Jarosław Modzelewski – painter, educator, co-founder of the famous artistic collective Gruppa, a circle brought to life on the first anniversary of the introduction of martial law in Poland, and officially buried ten years later in Warsaw’s Zachęta Gallery. Their first exhibition bore a title subversive in its apparent political indifference: Woodland, Mountain, Cloud, while their retrospective/funeral one was titled Gruppa: We Plead Guilty, We Beg Your Pardon, We Promise to Do Better. The titles are enough to suspect that the artists were not alienated from the gloomy reality surrounding them. Modzelewski started with ideograms, signs, templates, and by mid-1980s turned to figurative, although surreal art. Again, the title works along with the canvas, such as in the case of Strzemiński Mourning the Death of Malewicz. The thing is that such an encounter could not have occurred in physical reality. Instead, we can certainly encounter Modzelewski’s work at the Opera Gallery. The painter also co-edited the artistic and journalistic arm of “Gruppa”, the magazine Oh, Come On. The title is subversive again – like an umbrella that protects against rain or sun: a matter of optics.