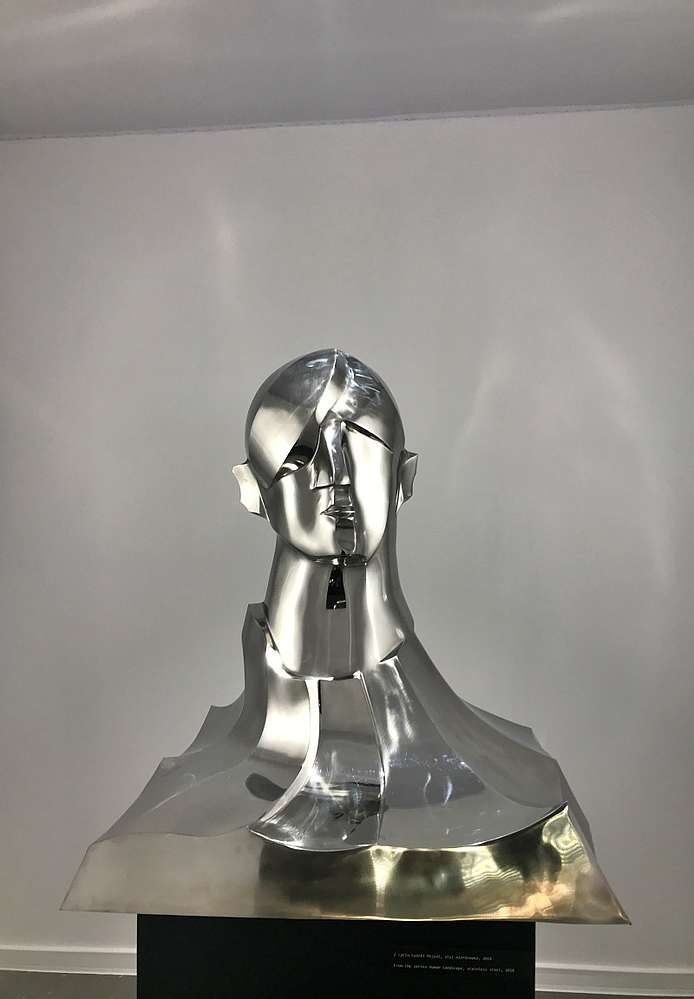 Not everyone is aware that they have seen the works of Adam Myjak many times, and it is to him, along with Antoni Pastwa, that we owe the speeding quadriga gracing the Teatr Wielki building. The artist’s rich oeuvre also includes works from the other end of the scale (compared to the quadriga) – medallic art, such as a medal of John Paul II and an entire collection for LOT, the Polish Airlines. Adam Myjak graduated from the Academy of Fine Arts in Warsaw, Faculty of Sculpture, and that is what he has devoted his talent to. For him, man is inseparably connected with nature, which is why he likes to exhibit his works outdoors. In his garden he has gathered a large collection of his own sculptures. He feels a special bond with some of his works, such as the early polychrome stucco pieces from his Cathedral. Monumental figures sculpted by Myjak, often without hands or heads, with closed eyes – the artist’s signature feature – are fortunately present, probably on a smaller scale, in galleries and on exhibitions. Interestingly, he has been influenced by the poets Stanisław Barańczak, Adam Zagajewski and Krzysztof Karasek. Word-sensitive sculpture – a rare and valuable case.

A sculpture from the series Human Landscape, 2017, stainless steel