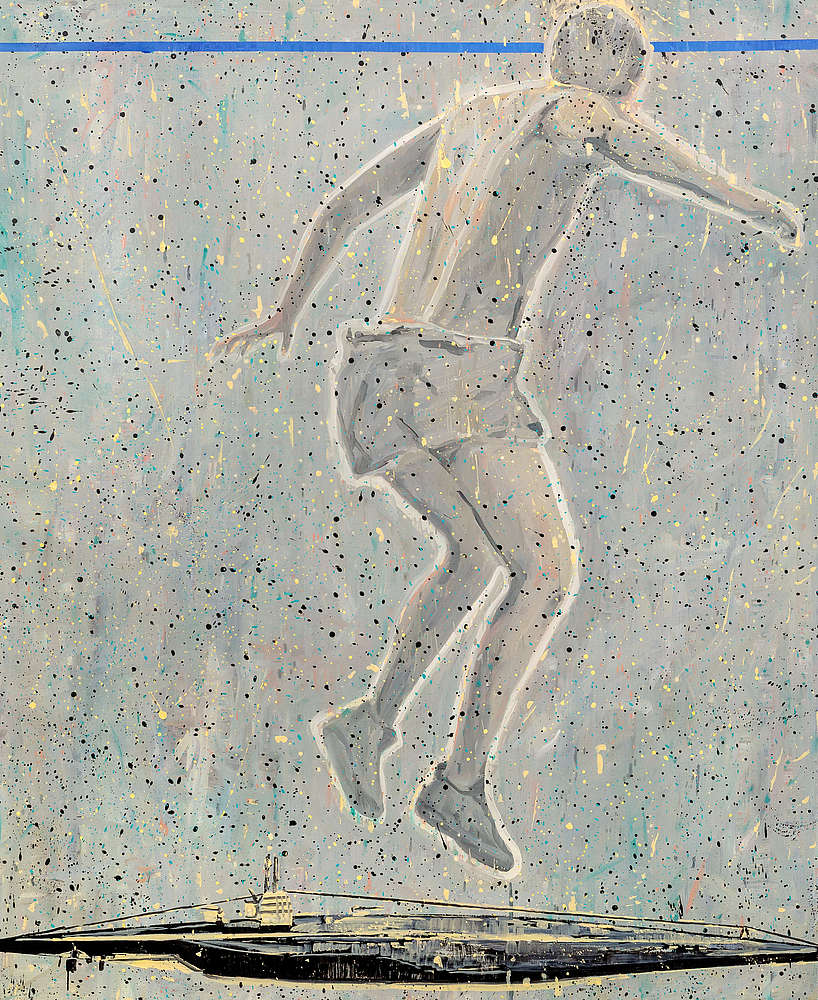 Commissioned by the Polish National Opera to create a series of paintings inpired by Britten’s Billy Budd,  Adam Adach explores the maritime drama looking, perhaps, to find a truth about humanity. In his work the artist focuses on individual, collective and historical memory in the context of the political and social changes of the 20th century. He collects bits and pieces of the past, old press clippings and photographs, to incorporate them into his art and turn them into symbols. The people in his paintings are blurred, taken out of context, suggesting a new way of looking at recent history. What truth will he reveal about Britten’s seamen?