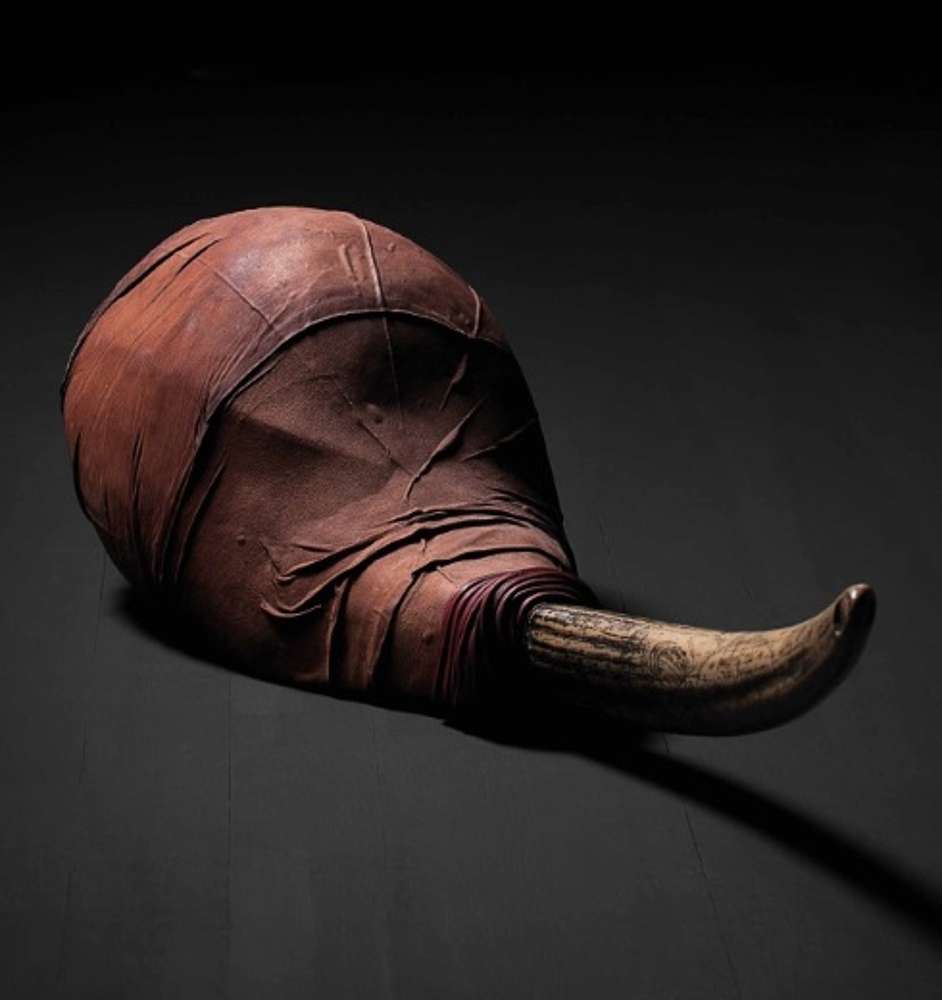 Unconventional painter. Experimenter. Sketch artist, collage artist, stained glass maker, interior designer, author of spatial compositions. Famous for his use of the textile medium for expressing his creativity. And the fabric closest to him, one he has worked hard to get to know, whose sound – as he says – he can hear, is silk. The fabric, which like a woman, can be unpredictable and can often cause numerous surprises. Their long-term relationship allowed for the fabric to be tamed by the Master, and as a result of their cooperation a significant part of Wojciech Sadley’s art was created. It is unique and one of a kind, it expresses the connection between matter and spirituality, it is transcendent. Fabric here is an unstable, ever-changing matter, and what Sadley infuses it with grants it its unusual character and heart. In this way each of his works opens up an additional space, hidden under what is superficial, ephemeral and destructible – a depth of spirituality, which is a component of every human being – immortal, everlasting and eternal. The artist departs from realism, but the lack of shape does not weaken the imagery he creates, it does not deprive it from its distinctiveness. He reaches expressiveness through the depth of each of his works, through the play of colours and light, which sometimes is cast onto the picture, and sometimes – on the contrary – emanates from its interior. The colours appear in their true form only once the fabric has dried. Only then the artist can say whether they appeared as he remembered them from his vision, or if they revealed something altogether new to him, previously elusive. The uniqueness of his art is expressed also in non-woven materials, which the artist impregnates with his talent, such as wood, leather, metal, coral, or even bird feathers. Sadley’s work causes the truth about what is essential in a human being to come to the surface, and forces one to reflect. Forces one to glean what is hidden, mysterious, intangible – but still existing. The painter invites one on an inward journey. One cannot walk past his works indifferently. They know they are being looked upon and they look back at us. They cannot be ignored. 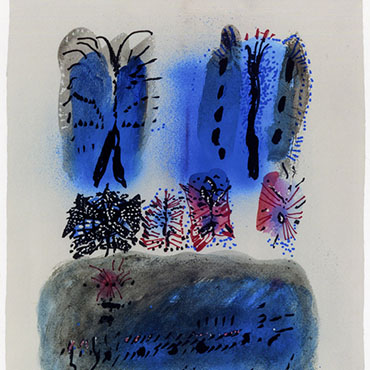