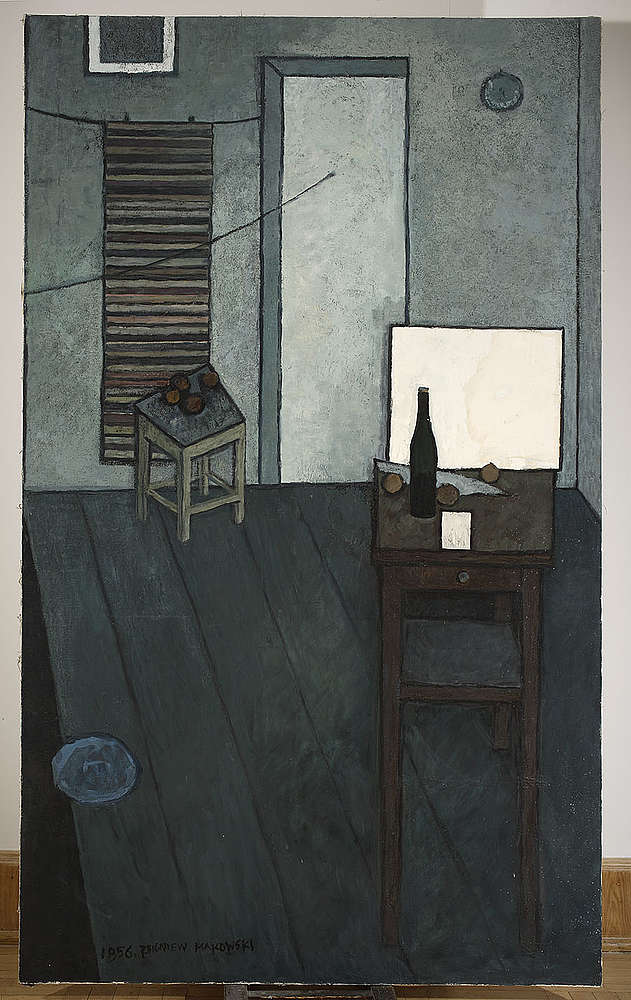 God played a trick on him, and put him to a test. He endowed him with great talent, curiosity of the world and insatiable thirst for knowledge. Knowledge that would have satisfied three, perhaps even five men. The creator gave him one body and one inner world. And in that inner world he placed so many question marks that few people would manage to find the time and patience to answer them. But it takes one to know one. And you should not look for blasphemy in this statement, because Makowski played a trick on God too, while pleasing him at the same time. Put to such a great test, he did not renounce humility. And even though he has found many answers, has learned a lot and knows a lot – he admits that he will not be able to find out everything. But he will learn as much as he can, as getting to know the world and man fills him with great joy. And that is where Makowski’s beauty lies. The artist keeps on exploring, it would seem tirelessly. And he is everything but tired – his eyes have a kind and noble glint to them, untouched by pride and unhealthy ambition. Even though he concedes that not everything can be known, he holds that a man must still know who he is, otherwise he has no value system. The world, on the other hand, is harder to truly know. But Makowski endeavours to understand it however best he can, and where it proves impossible, he says one must simply let it go. You could suspect him of toying with you, at least subconsciously, because he does not let it go – he reaches for his brush instead. For he knows that an artist is connected to the infinity and the arcane. It is metaphysis without which, in his view, there can be no art. There can only be decoration. Therefore through art he expresses the intangible, he creates with every fibre of his being, even though he knows that creativity takes up a great deal of energy, and canvass can bring one down. But to employ a travesty of one of his favourite sayings: one must begin, so he begins! Even though it takes courage. For the lack of risk taking leads to banality. Therefore he takes risks… He throws himself into the abyss. He relies on his intuition. And his need of creativity becomes fulfilled. It is the need that he considers an undisputed component of humanity. ‘And once an artwork is finished, once an idea has been expressed – then the brush can rest.’