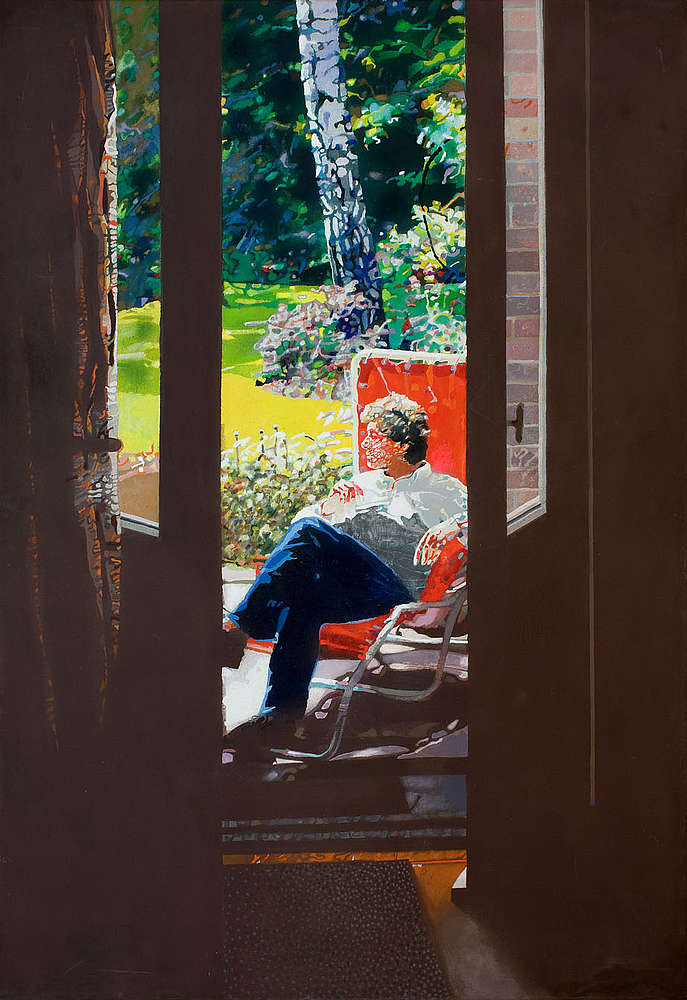 In 1963 a seventeen year-old youngster by the name of Zbysław Marek Maciejewski found himself admitted to the Academy of Fine Arts in Kraków, Poland, his dream school. From day one at the academy, he was aware of the magnitude of his talent, which was developing along two parallel paths. In class, he would hesitantly conform to the officially mandated artistic tendencies; beyond it, he would revisit his preferred subjects and the formal devices he had worked so hard to master while in secondary school. That subversiveness was to define his career as a whole. He was a thoroughly modern painter who displayed an utter respect for the classical understanding of painting, as an art whose products are, in fact, beautiful. As an artist he felt free, independent, and remained true to himself. He did not release manifestoes, nor did he court critics and journalists. He did not offer interpretations of his pieces, leaving it up to the audience to construe a meaning. He would often say that painting is an art of being silent. The artist offers the beholder a visual composition which starts to ‘talk’ when it manages to grasp the viewer’s attention, ignite their imagination, and prompt them to make out and verbalise emotions, and decode meanings. Thus, he felt that creating a painting was like preparing an actor to go on stage, where they have to give it their best to earn applause. Emotions guided his choice of colours in paintings, his brain was responsible for the logic, precision and perfect lines of his drawings. Describing the creative process, he once said: ‘Emotions start you off, patience is born along the way’.

Two overlapping tendencies are present in his oeuvre. One constitutes studio paintings on canvas and drawings requiring immense discipline, focus and arduous work; the other includes spontaneous works on paper, painted in the open air, charting the changes of fleeing natural light.

He started his triumphal march through state and private-owned art galleries in 1973, with his first solo show at the Theatre Museum in Kraków. In its wake, he returned to his alma mater as a lecturer. Promotions soon followed, fuelled by his artistic achievements. Once the academy’s youngest student, in 1989 he became the youngest painter to be awarded a professorship.

He made his Warsaw debut almost a quarter of a century ago, at Galeria Kordegarda (1991) and Galeria A. B. Wahl (1995). The range of his subjects is difficult to grasp. His large canvases feature a gallery of beautiful women, cultural figures, self-portraits. Like on a theatre’s stage, you see actors entangled in strange relationships, mysterious human desires, and ordinary men acting as monarchs. Elsewhere, you see lost princesses, children’s horseplay, processions and dancing circles, all drawing you into the picture, enticing you to discover the secrets of their existence.