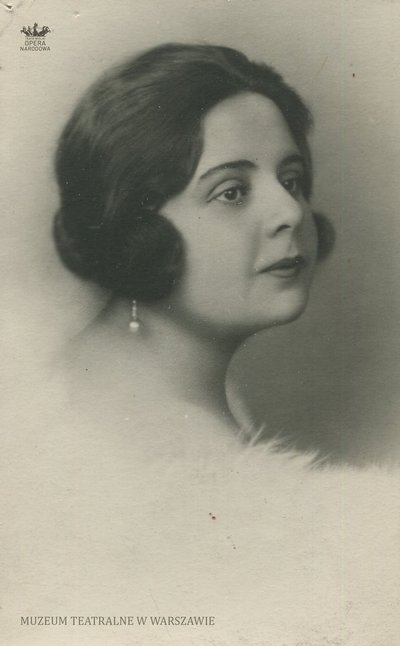 Held in the Redutowe Rooms of the Teatr Wielki – Polish National Opera, the exhibition presents the Theatre Museum’s most interesting and valuable memorabilia associated with Polish singers whose talent, grit, and stature led them up on the stages of leading opera houses on both sides of the Atlantic, including the Metropolitan Opera in New York.

Meet the siblings Józefina, Jan and Edward Reszke, Adam Didur, Marcelina Sembrich-Kochańska, Ada Sari, and Jan Kiepura – Polish-born stars of international opera. The exhibit also presents an assortment of memorabilia associated with Ignacy Jan Paderewski, in particular the world premiere of his opera Manru at the Met in February 1902, featuring the excellent Sembrich as Ulana and Aleksander Bandrowski as Manru. On Paderewski’s initiative, a testimonial performance was held on 2 May 1905 at the Met to mark Helena Modjeska’s retirement and pay tribute to the great artist. Fragments of Shakespeare’s Macbeth were staged with Modjeska starring as Lady Macbeth, as well as excerpts from  Schiller’s Mary Stuart. The programme of the celebration is considered, not only by theatre experts, a truly unique document. The exhibition is also the first chance to see a letter in which Helena Modjeska is thanking  Marcelina Sembrich-Kochańska for concert tickets she received.

The showcase is held in conjunction with the 9th International Stanisław Moniuszko Competition, both in tribute to the great Polish opera singers of the turn of the 19th and 20th century and as a testimony of Poland’s ongoing opera traditions.