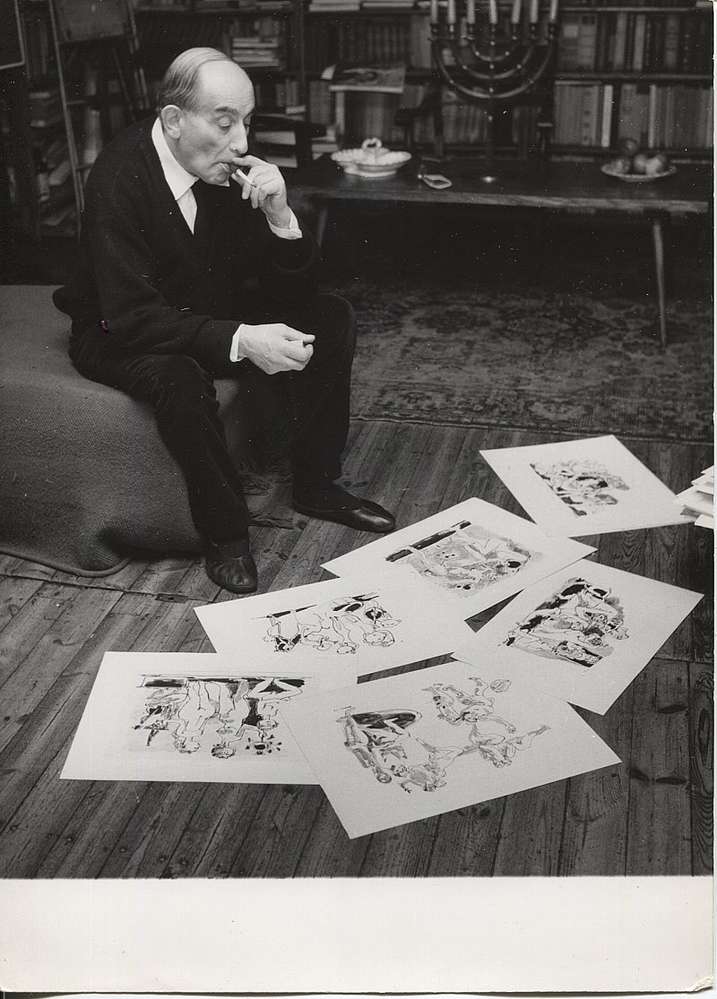 Otto Axer (1906–1983) was one of the most intriguing Polish set designers of the second half of the 20th century. A painter, graphic designer and illustrator, he studied at the Kraków Academy of Fine Arts. He trained with Weiss, Frycz and Pankiewicz, in Kraków and Paris. He made his debut as set designer in 1932 at the Municipal Theatre in Lviv, where he worked with Leon Schiller and Andrzej Pronaszka, among others. From that moment on, theatre was his greatest passion. After the war, Axer was a set designer of the Polish Theatre in Warsaw. He also collaborated with the Theatre of the Polish Armed Forces in Łódź and was a guest designer of the Powszechny and Jaracza in Łódź, Współczesny and Wielki in Warsaw, Wyspiańskiego in Katowice, and Osterwy in Lublin. Post-war credits include Drda’s Playing with the Devil, Schiller’s Don Carlos, Słowacki’s Mary Stuart, Krasiński’s Iridion, Shakespeare’s Macbeth, Goethe’s Iphigenia in Tauris, Moniuszko’s The Countess, and Szymanowski’s King Roger. These and other set and costume designs are featured at the Theatre Museum exhibition.

Downstairs foyer. Use the main entrance.