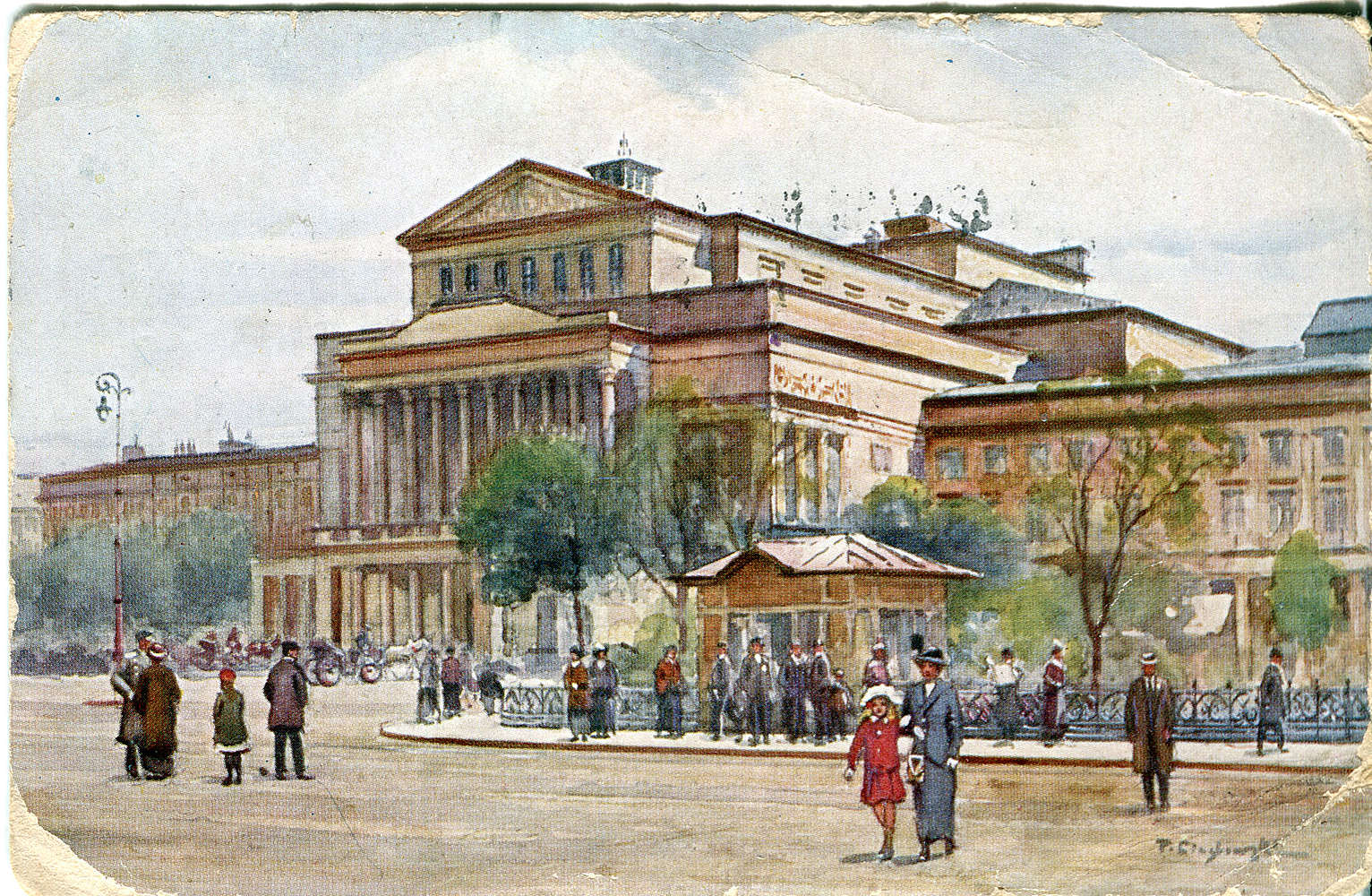 The Warsaw Theatreland is an attempt to evoke the history of Warsaw’s theatrical life in the second half of the 19th century and at the beginning of the 20th century, as well as to recapture the atmosphere of theatres, outdoor theatres and cabarets of the time. As Jan Lechoń recollects, ‘Warsaw theatres (…) are a world (…) mapped out by the Teatralny Square, the Saski Garden, Bielańska Street and the garden square in Królewska Street. (…) This wonderful world enclosed a part of the soul of Warsaw of the time (…), expressing both its taste for tradition and its charming, carefree mood, its innate sense of hierarchy and inimitable gaiety.’ The old ‘Warsaw Theatreland’ comprised of several theatres: first of all Teatr Wielki and Teatr Rozmaitości, but also the nearby smaller stages – Teatr Letni in the Saski Garden, Teatr Mały in Daniłowiczowska Street, Teatr Nowości in Hipoteczna Street and Teatr Nowy in Królewska Street. Experiencing the story of this theatrical world and its audience is possible today thanks to the remarkable collection of old postcards, photographs and press graphics preserved in the Museum’s collection. At the exhibition, photographs can be viewed in a photoplasticon. There is also a model theatre in which anyone can become a director and animate puppets on Teatr Wielki’s stage. The exhibition is accompanied by lectures, film screenings and workshops for children and adults. The exposition at Teatr Wielki is complemented by an outdoor exhibition at the Saski Garden devoted to the history of the Summer Theatre (June-July 2018) and an exhibition at the Praga Museum devoted to theatres operating on the right bank on the Vistula.