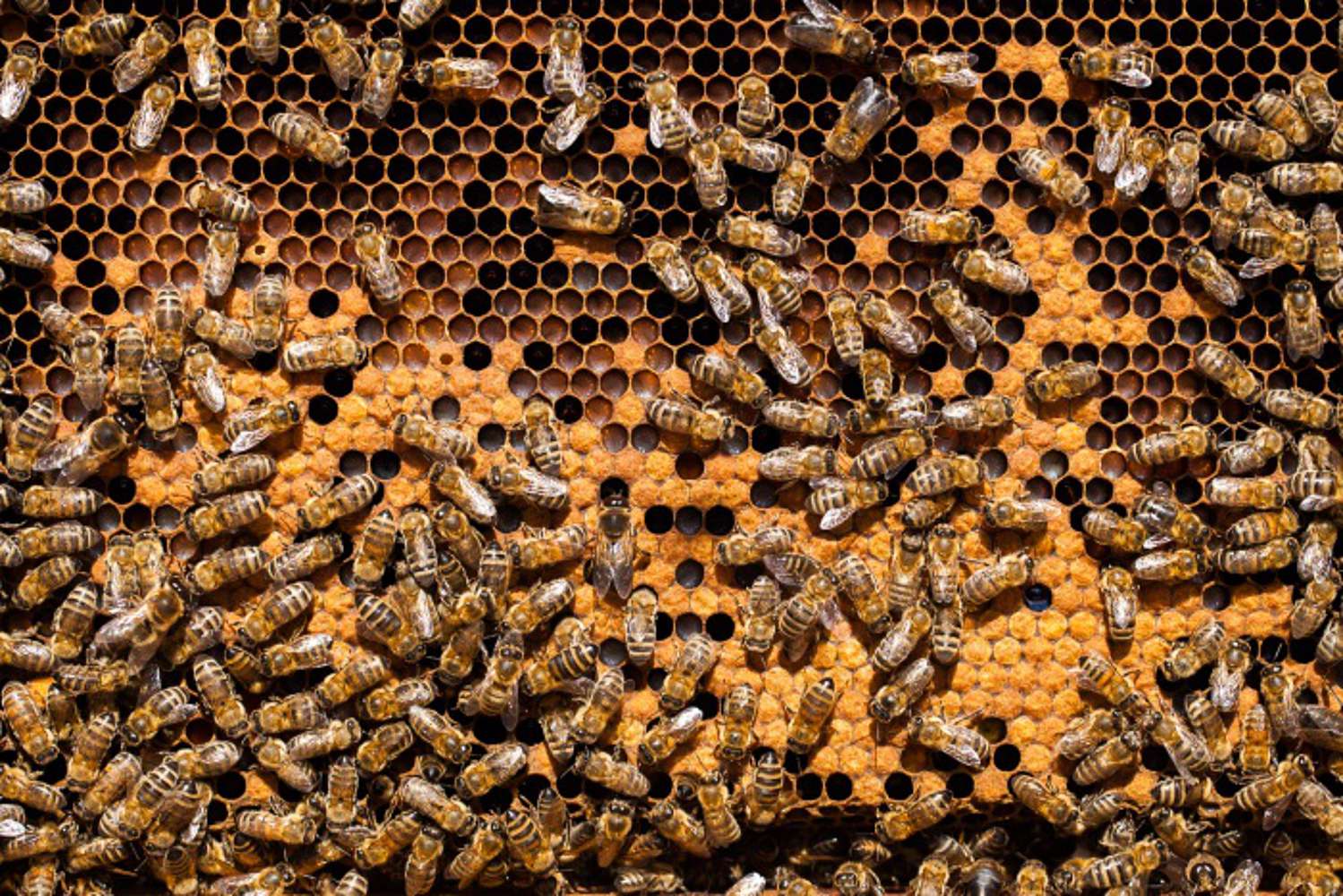 Can bees possibly have anything in common with opera and music? Indeed, they can! One of the scenes in Krzysztof Penderecki’s opera Ubu Rex is set in an apiary. That is why, when staging the work for the Teatr Wielki – Polish National Opera (2003), Krzysztof Warlikowski had the court of King Wenceslas and Queen Rosemonde parading the stage in beekeeper hats. But bees are very musical themselves. They give concerts day in, day out, their wings producing different sounds when they vibrate in the air.

A humble Polish composer and conductor, the late Czesław Kwieciński became famous as an avid beekeeper. Wandering around his apiary with a tuning fork by his ear, he noticed that the music produced by bees changes depending on what they were doing: ventilating the nest, coming in and flying out to collect pollen and nectar, circling around the hive… He also discovered that there were differences between the sounds made by worker bees, drones, and queen bees.

Of all the members of the bee family, workers posses the greatest repertoire of sounds. Coming back home with their gains, they buzz differently when they feasted on cherries, raspberries, rape, torn trees, or lindens. The most interesting sound is the one associated with phacelia - excited by collecting material form the plant, bees sing minor thirds. On a summer day, all of those sounds combine to create an ‘apiary organ’. Drones also like to sing in concert: they give out a collective continuous sound. In the middle of the summer, when the bee family welcomes new members, you can also hear the queens piping. These are sounds produced by the old queen bee on the honeycomb, breathing with the use of her spiracles and trachea, not fluttering her wings, as if she were really singing. When the new queen answers from her cell, you can hear a bee antiphon.

The sounds that bees make differ in pitch, their range spanning just over an octave. It is possible to compose songs out of them. Kwieciński wrote his Apimondia Anthem, using the lindens, beehive, rape, and cherry bee tones. What will the Warsaw opera house’s bees-in-residence sing about? We will find out soon, when their honey arrives on the shelves of our boutique.

Apiary at the Wielki