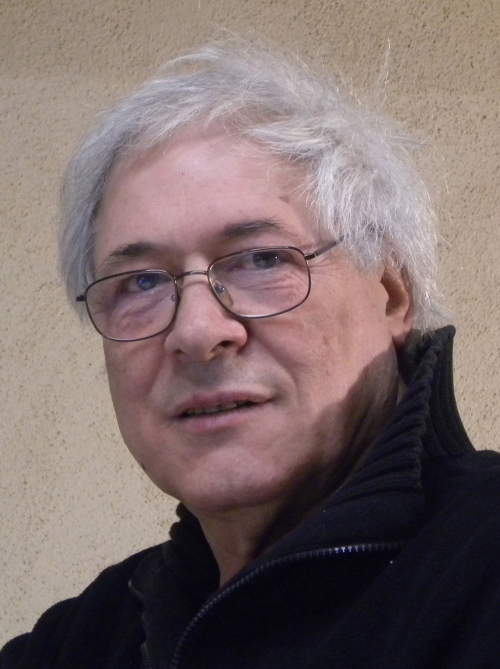 Outstanding Italian artist. An Oscar winning Production Designer in 1986 for the film A Room with a View, by James Ivory, Gianni Quaranta has enjoyed a long and esteemed career as director, production designer, set designer, costume designer and creative designer in the worlds of cinema and theatre – lyrical, prose and ballets – in advertising and creative projects development for various artistic exhibitions.

For theatrical performances, he has worked for directors like Götz Friedrich, Jean Mercuri, Jacques Karpo, Andrea Serban, Georges Lavaudant, Luca Ronconi, Giancarlo Menotti and Franco Zeffirelli. He has created the sets for great repertory operas such as La Traviata, Tosca, Rigoletto, Falstaff, Aida, Moise et Pharaon, Guglielmo Tell, Don Carlos, Carmen, Adriana Lecouvreur, Il Turco in Italia, Il Tabarro, Suor Angelica, Gianni Schicchi and many others, for the most prestigious theaters in Italy and around the world, including La Scala in Milan, La Fenice in Venice, Teatro dell’Opera in Rome, Teatro Regio in Turin, Teatro San Carlo in Naples, Théâtre National de l’Opéra in Paris, the Grand Théâtre in Geneva, the Staatsoper in Vienna, Theatro Municipal in Rio de Janeiro, The Dallas Opera House, the Lyric Opera of Chicago, the Philadelphia Opera Company and the MET in New York.

Several times the famous Festival of Two Worlds in Spoleto (Italy) has committed him for the opening: with Gogo no eiko, by Hans Werner Henze, Amelia at the Dance by Giancarlo Menotti, The Turn of the Screw by Benjamin Britten, the ballet The Piano Upstairs by John Weidman with choreography by Alessandra Ferri, and the musical La Sciantosa, tra Napoli e Belle Epoque. In 2011 the Royal Opera House in Muscat (Oman) entrusted him as director, set and costume designer for the opera Carmen by Georges Bizet, performed for the first inaugural season of the theatre. After, he has been committed with Madama Butterfly by Giacomo Puccini, for the Roma Opera Theatre.

He also has great achievements in cinema. He debuted in 1972 creating the sets for the film Brother Sun, Sister Moon by Franco Zeffirelli, for which he received the first of three Oscar nominations. For his set design in 1900, by Bernardo Bertolucci, he was awarded the first of four Quality Awards that he has received. Following Jesus of Nazareth by Zeffirelli, he was awarded his first of two Nastri d’Argento, as well he was awarded the Cesar for Best Production Design in the film Farinelli by Gerard Corbiau. He has worked also for film directors like Lina Wertmüller, Jean-Pierre Ponnelle, Paul Mazursky, Herbert Ross, Anthony Hickox, Ermanno Olmi, Giacomo Battiato, Paul Schrader, Salvatore Samperi, Marcello Cesena, Angelo Longoni, Mario Orfini and Rachid Benhadj.

He directed film projects like Maruzzella, winner at the Festival of Sabaudia and The Gift of the Magi, adapted from the story by O. Henry. He also directed and created the sets for musicals as Give me three Ships, inspired by the life of Christopher Columbus (2005), and Darwin, l’evoluzione? Opera concept, a multifaceted and multimedia performance (2013). Since June 2014 Gianni Quaranta has been appointed as Head of Culture Department of the city of Spoleto, city that hosts the famous Festival of Two Worlds. He has greatly contributed to improving the international reputation for the arts, a fact that has been recognised in him receiving the title of Commander of the Italian Republic.