On 29 April 2009 the Warsaw ballet company became the Polish National Ballet, an autonomous artistic entity within the Teatr Wielki. 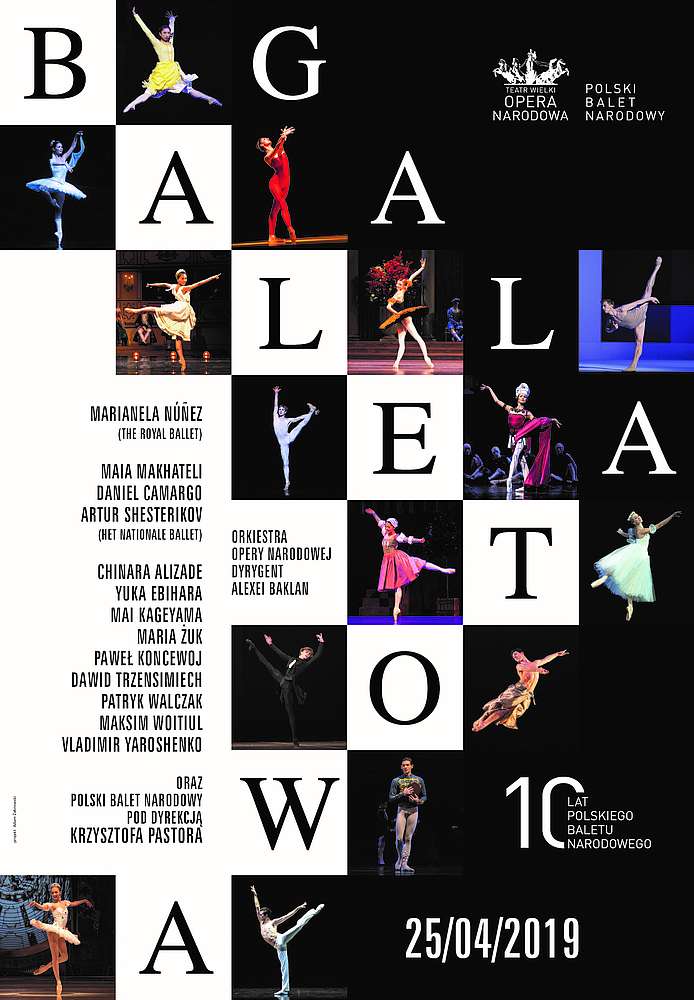 The decision was made by the Polish minister of culture on a motion by Waldemar Dąbrowski, general manager of the Teatr Wielki. Simultaneously, Krzysztof Pastor took over as the director of the ballet company. This year sees the 10th anniversary of that milestone.

The company celebrates its anniversary on 25 April 2019 with a ballet gala featuring its leading artists and guests. The latter include the star of the Royal Ballet, London, Marianela Núñez together with the well-known Brazilian soloist Daniel Camargo, as well as leading soloists of the Dutch National Ballet: Maia Makhateli and Artur Shesterikov. As for the PNB, the audience will be treated to performances by the company’s  first soloists: Chinara Alizade and Vladimir Yaroshenko, Yuka Ebihara and Dawid Trzensimiech, Mai Kageyama and Patryk Walczak, Maria Żuk and Maksim Woitiul, as well as Paweł Koncewoj, and other members of the company performing the classical repertoire and Krzysztof Pastor’s choreographies. (pch)

Pictured: Poster for the Gala designed by Adam Żebrowski