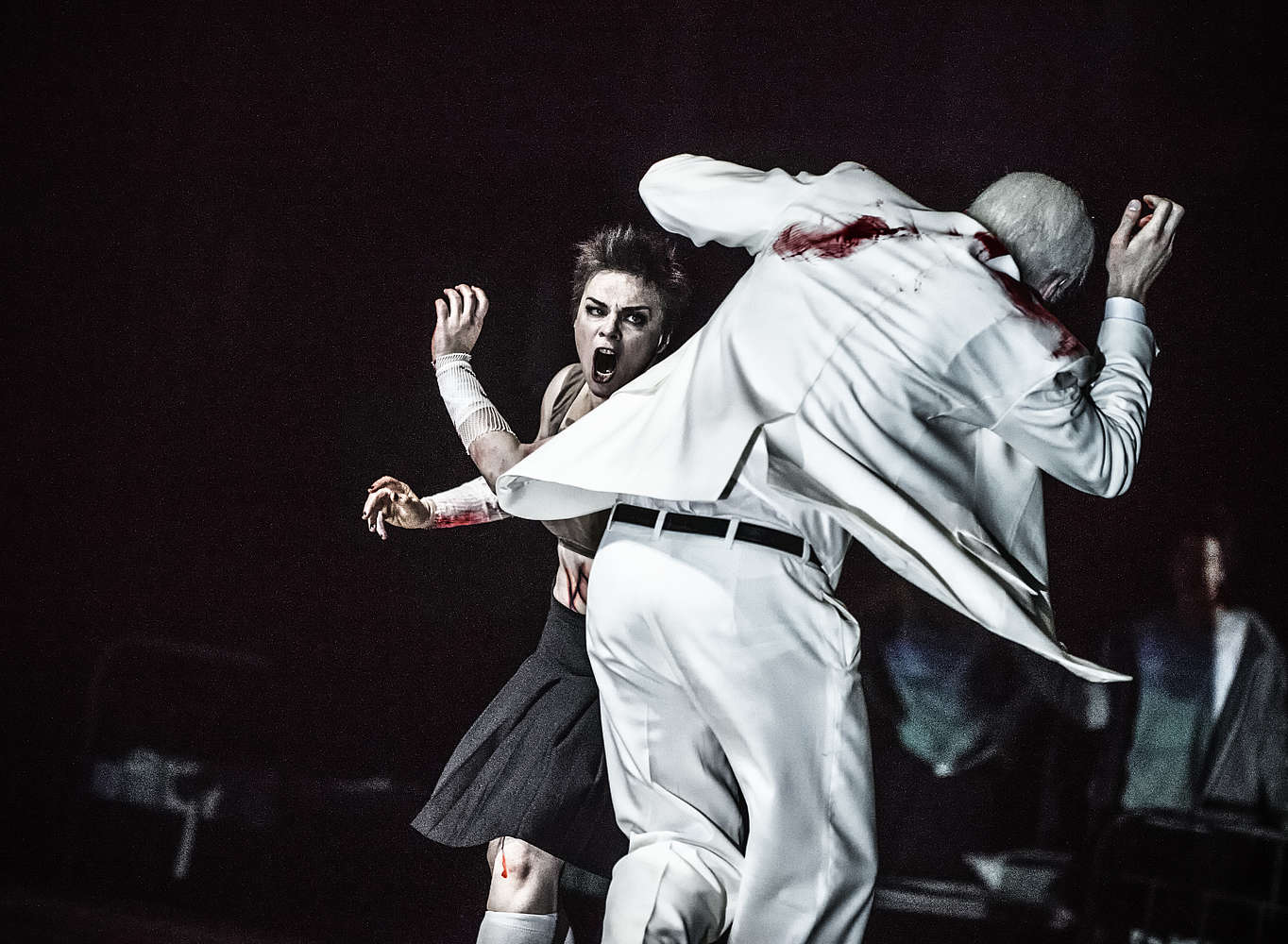 It is the first time in its history that the festival featured a title that – in the words of Forum Opéra – is ‘in vogue’. On 5 July 2018 the prestigious event saw the premiere of a production of The Fiery Angel directed by Mariusz Treliński, who – just like after the production’s Warsaw opening – was praised for his consistent vision which he managed to ‘defend and implement in full to create a dramatic composition of arresting coherence’. Critics emphasised that ‘transposed into a very dark and a very contemporary world, the Fiery Angel enchants’ (Télérama), while the director presents ‘an extreme vision’ in which ‘his production travels into the very core, into childhood, and into a traumatic obsession like a colourful comet during a remembrance night’ (Libération). Opera has its fashions and ‘sometimes works that have been consigned to oblivion, resurface’ (Le Monde). That was the case of Prokofiev’s Fiery Angel.

The performnce was coproduced by the Polish National Opera, Festival d’Aix-en-Provence, and Den Norske Opera & Ballet. It will debut in Oslo on 23 January 2021.