Chinara Alizade and Vladimir Yaroshenko return to Barcelona to perform in a pre-Christmas ballet gala. 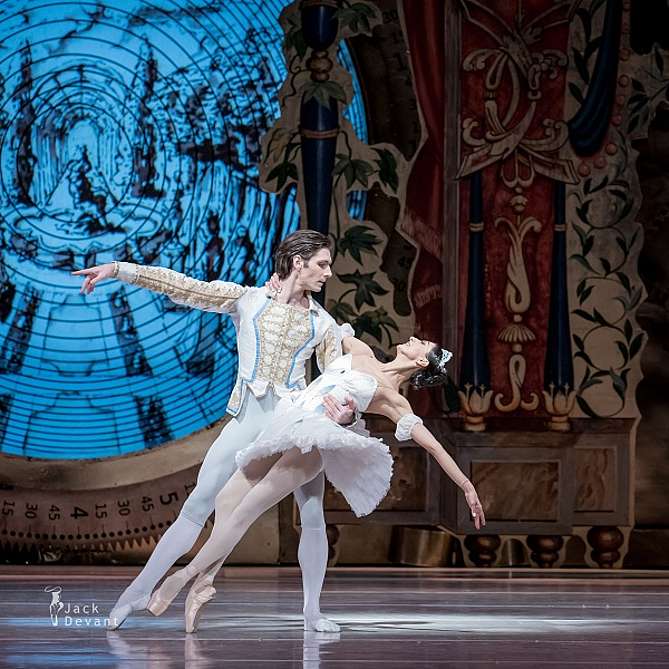 The oragnisers of the ballet galas of Barcelona focus on Russian dancers. Dispersed around the world, the artists come to Barcelona from Russia and other countries. Chinara Alizade and Vladimir Yaroshenko performed there last year, dancing a pas de deux from The Sleeping Beauty and a duet from Krzysztof Pastor’s The Tempest. Their success led to another invitation this year.

The 2018 gala is held at the Centre Cultural Terrassa on 15 December under the title Gala de estrellas y solistas de San Petersburgo (Gala of the stars and soloists from Saint Petersburg). The lineup mainly includes soloists from the city’s ballet companies: the Mariinsky, the Mikhailovsky, the Festival Ballet, the Konstantin Tachkin Ballet Theatre, and the Classical Ballet. Our principals will be the only exception, representing the Polish National Ballet and, in the case of Chinara Alizade, the Bolshoi, where she started her career. ALizade and Yaroshenko will treat the audience to a pas de deux from The Nutcracker and a duet from Krzysztof Pastor’s Tristan. (pch)

Pictured: Chinara Alizade and Vladimir Yaroshenko as Clara and Prince in The Nutcraker. Photo: Jack Devent