The Ukrainian Freedom Orchestra has concluded its European and American concert tour having performed at the world’s most prestigious stages in less than a month. 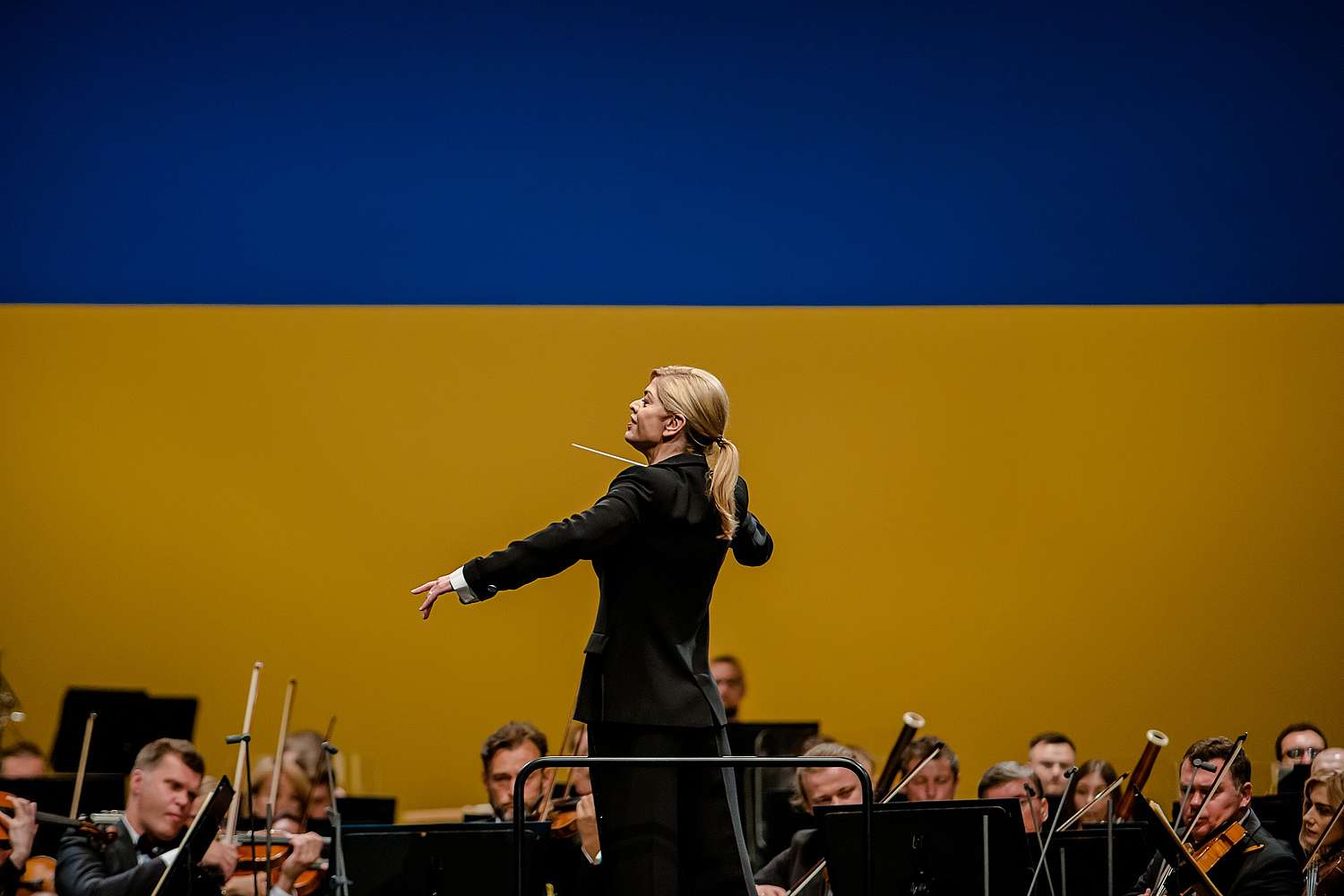 The formidable initiative of the Metropolitan Opera in New York and the Polish National Opera in Warsaw scored triumphs across Europe and the US, but the international tour of the Ukrainian Freedom Orchestra was, first and foremost, a victory for the culture and identity of Ukraine and its people.

The scale of this artistic project and the effort it required can only be fully appreciated when you consider its timeline: the orchestra first assembled on 18 July in Warsaw, played its inaugural concert on 28 July in the Polish capital, and ended its tour on 20 August in Washington DC. 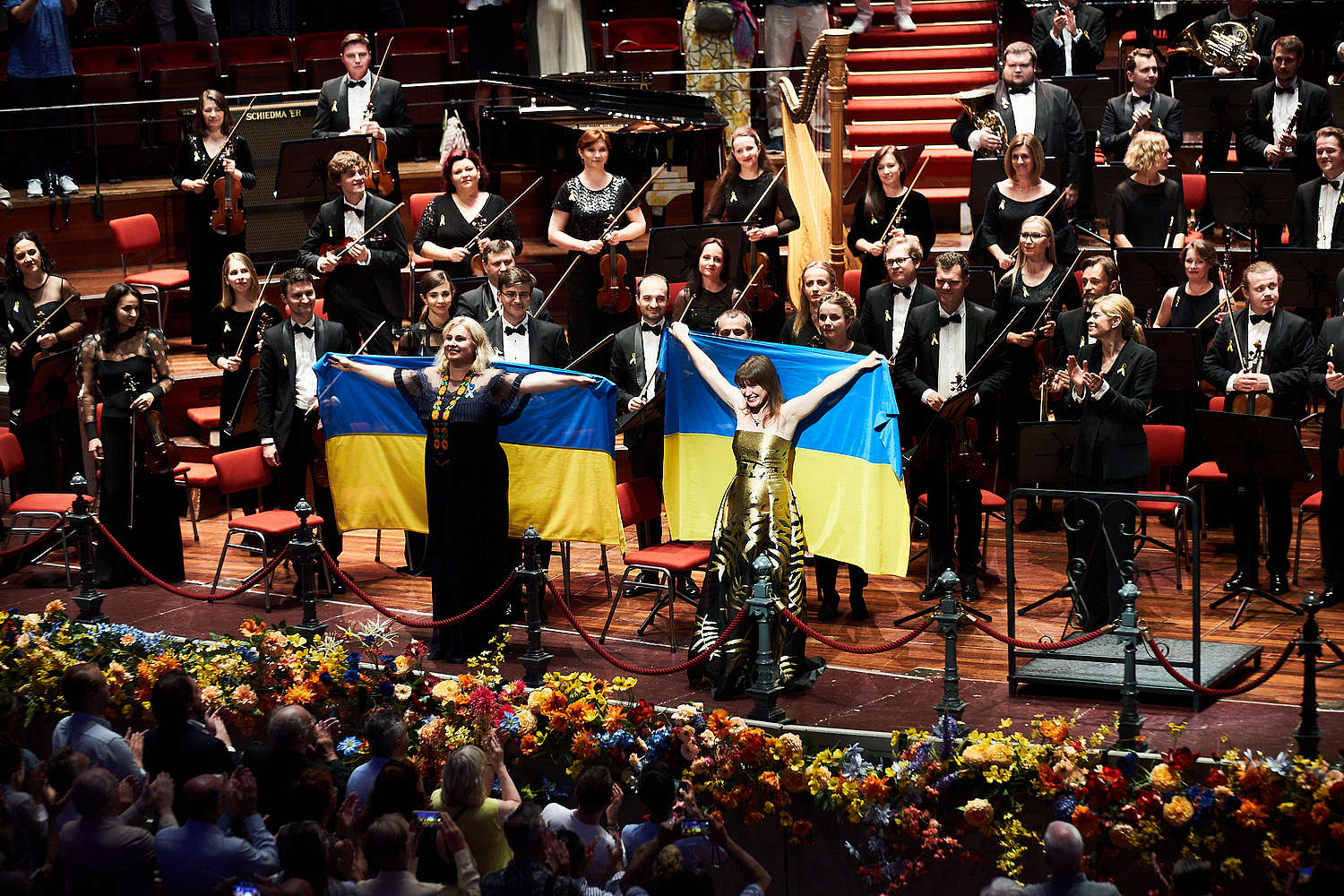 Everywhere they went, the orchestra was met with packed auditoriums filled with enthusiastic audiences. Apart from their inarguable artistic merit, the performances had an emotional intensity that transpired to the listeners, which included members of local Ukrainian communities. There were tears, Ukrainian flags, and blue and yellow outfits. All concerts ended with standing ovations and a show of resistance against the Russian aggression.

The indisputable success of the Ukrainian Freedom Orchestra and its tour is mainly down to the enormous commitment of Canadian-Ukrainian conductor Keri-Lynn Wilson, who had originated the idea, leaders of the two opera houses who created the ensemble, Peter Gelb, the general manager of the Metropolitan Opera, and Waldemar Dąbrowski, the director of the Polish National Opera, their teams, the tour organiser, Askonas Holt, and the financial support granted by the Polish culture ministry led by Professor Piotr Gliński and the orchestra’s American sponsors. The tour would not have taken place if it had not been for the determination of the 75 musicians who joined the orchestra and arrived to Warsaw for intense rehearsals under Wilson’s baton during a 10-day artistic residency at the Polish National Opera’s Teatr Wielki. 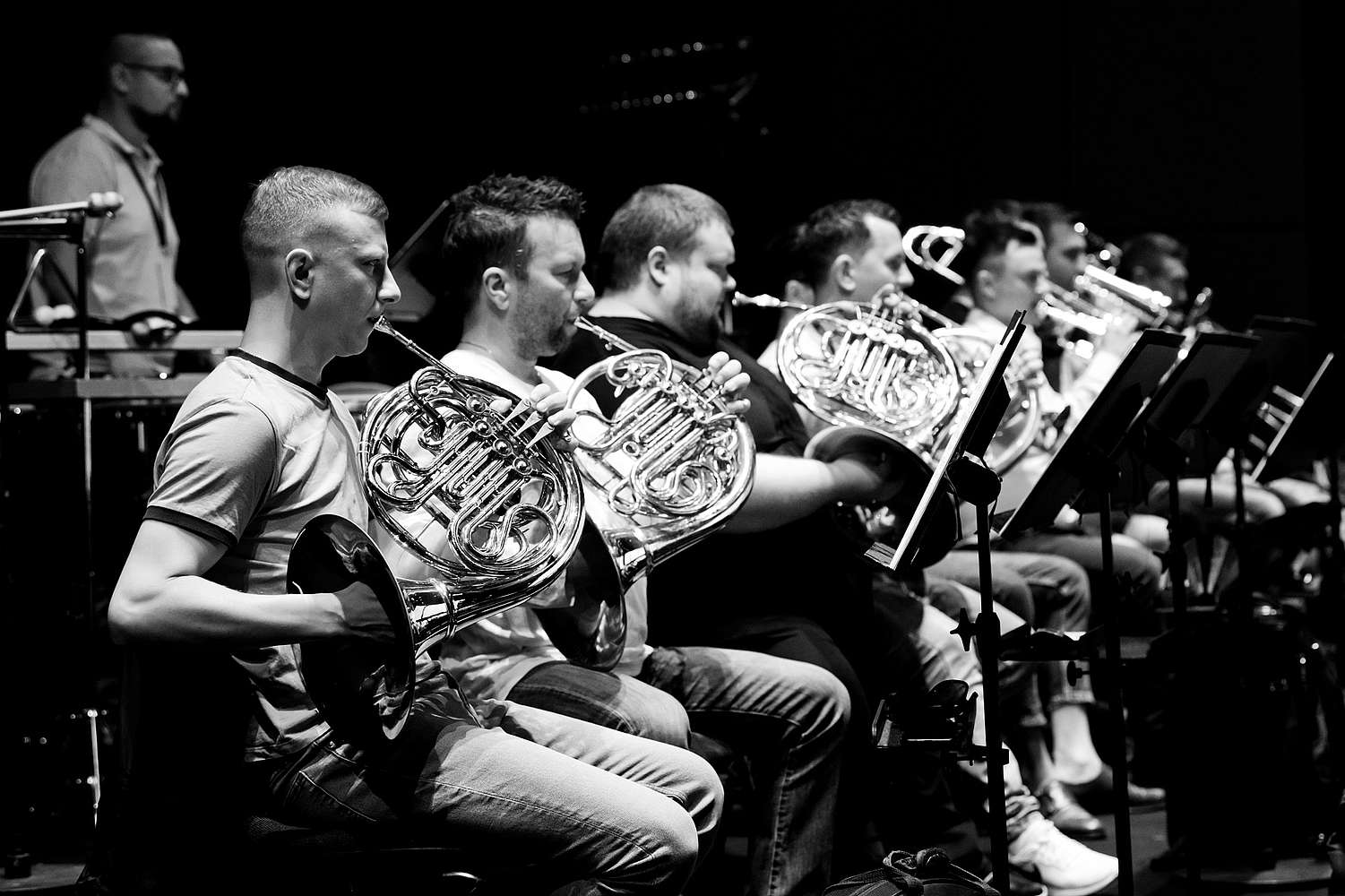 Music as a weapon

Each concert ended with an arrangement of the Ukrainian national anthem for string orchestra by well-known Ukrainian composer Yuri Shevchenko, who died on 23 March in Kyiv, where he sheltered in a basement from Russian bombardement of the city, following which he developed tuberculosis. He was 69.

As President Zelensky wrote in his note to the audiences of the Ukrainian Freedom Orchestra: Artistic resistance to the Russian invasion is one of the most important, because the seizure of territories begins with the seizure of people’s minds and hearts. His words became an appeal to the musicians, who believed their music to be a weapon against the invaders, as well as the supporting organisations, media, and audiences.

American audiences were also left impressed by the Ukrainian Freedom Orchestra. ‘[T]his wasn’t a performance given over to jingoism; it favored refinement. You got the impression that the best way to fight imperialism and authoritarianism — from the concert stage, at least — was with sophistication, craft, rigor, subtlety. For all its moments of high drama, the program was admirably even-keeled and soft-spoken, an embodiment of a cultured nation,’ wrote Zachary Woolfe in The New York Times, reviewing the New York concert.

Following the event, US Ambassador to the UN Linda Thomas-Greenfield tweeted: ‘Their music is their power. And they are spreading a simple message: the people of Ukraine will not be silenced and will not back down.’ She also thanked the Metropolitan Opera, Polish National Opera, and the Ukrainian ministry of culture.

Ukrainian ambassador to the UN, Sergiy Kyslytsya took to Twitter to thank Waldemar Dąbrowski ‘and all Polish friends for being shoulder to shoulder with Ukraine. Without them project Ukrainian Freedom Orchestra wouldn’t have been such a success,’ he said.

The orchestra’s international tour began on 28 July with an inaugural concert at the Polish National Opera in Warsaw under its founding conductor Keri-Lynn Wilson. ‘I also wanted to fight. I would have no qualms taking up a weapon, but I took up a baton,’ Wilson told The Washington Post.

The 75 musicians are Ukrainian refugees drawn from the Kyiv National Opera, National Symphony Orchestra of Ukraine, Lviv Philharmonic Orchestra, and Kharkiv Opera, among other Ukrainian ensembles. Outside of Ukraine, players came from ensembles including the Tonkunstler Orchestra of Vienna, the Belgian National Orchestra, and the Royal Concertgebouw Orchestra. The Ukrainian government granted a special exemption to military-age male members of orchestras inside the country to participate, allowing them to put down weapons and take up their instruments in a remarkable demonstration of the power of art over adversity.

Polish President Andrzej Duda was the honorary patron of the Warsaw concert, while the residency and opening performance was paid for by generous funding from the Polish Ministry of Culture and National Heritage, under the leadership of Minister Piotr Gliński

The Metropolitan Opera and the Polish National Opera are extremely grateful for the interest the project received from the audiences and media around the world. In a joint statement, Peter Gelb, the Met’s general manager, and Waldemar Dąbrowski, the director of the Polish National Opera, said ‘Music can be a powerful weapon against oppression. This tour is meant to defend Ukrainian art and its brave artists as they fight for the freedom of their country. The orchestra continues to be heard.’

You can watch a stream of the Warsaw concert on ARTE.TV, while the BBC released a stream of the orchestra’s Proms performance at the Royal Albert Hall. The Washington concert will be broadcast on PBS on 9 September in USA and Canada.