This Friday, the Polish National Ballet debuts Chopiniana/Bolero/Chroma dedicated to the company’s director. 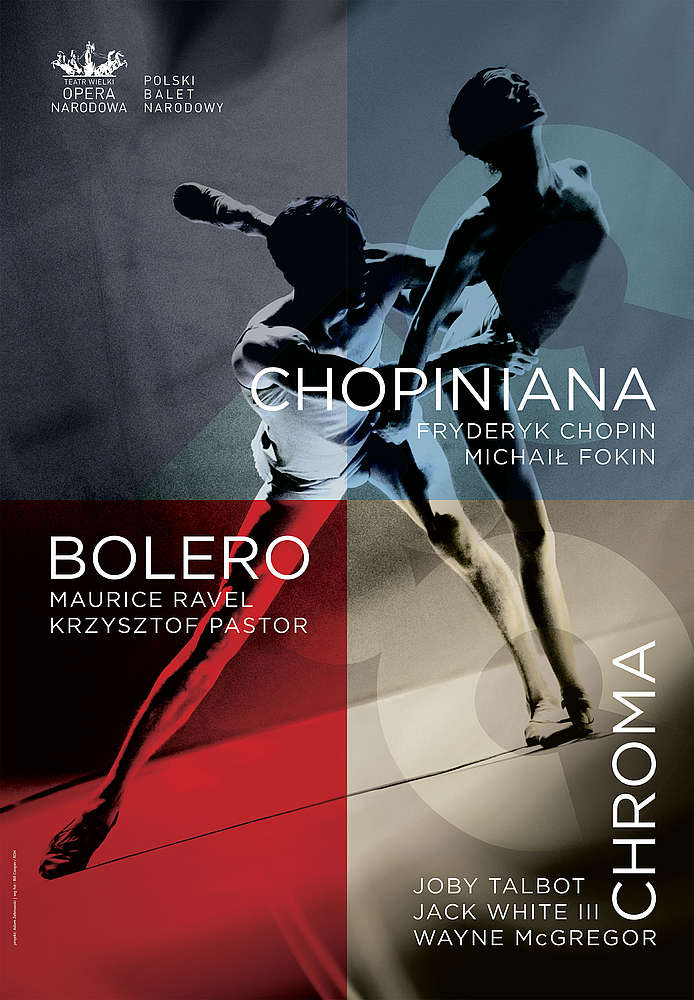 The triple bill is a triple dose of artistic delight. Its premiere is dedicated to the company’s director Krzysztof Pastor as he celebrates four jubilees this artistic season: a milestone birthday and major anniversaries of becoming a ballet student, a soloist and a choreographer.

Opening on 25 November, the triple bill reflects three currents in the PNB’s repertoire: keeping alive the balletic tradition, showcasing works by Polish choreographers, and keeping in step with the developments in the art of ballet around the word. Along with Pastor’s own choreographic version of Maurice Ravel’s Bolero, the production includes the beautiful, neo-romantic Chopiniana choreographed by Mikhail Fokin to Fryderyk Chopin’s music, and Chroma, the balletic hit from the internationally acclaimed British contemporary choreographer Wayne McGregor set to music by Joby Talbot and Jack White III. Taking to the stage will be all of the PNB’s leading soloists accompanied by the Orchestra of the Teatr Wielki – Polish National Opera under Marcin Nałęcz-Niesiołowski.

Poster by Adem Żebrowski based on a photo of Chroma choreographed by Wayne McGregor (Royal Ballet) (c) Bill Cooper.