Legendary Polish bass-baritone Bernard Ładysz passed away on Saturday, 25 July 2020, at the age of 98. 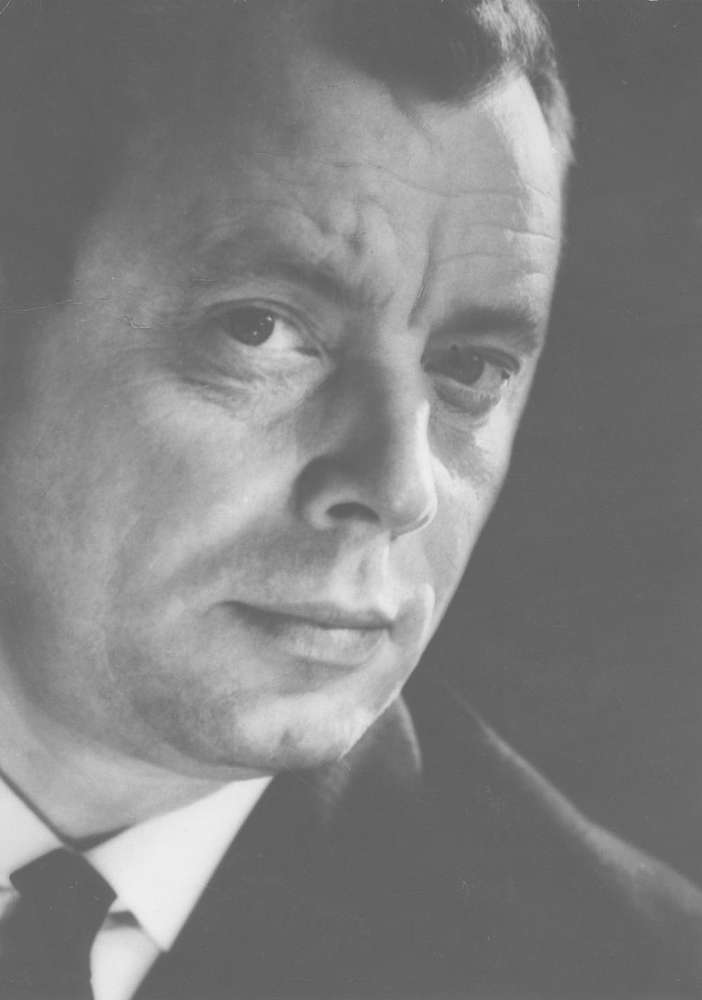 He was born in Vilnius’s Zarzecze. He sang with a characteristic soft inflection typical for people raised in what was then Eastern Poland. He started singing with his father and brothers in the Bernadine Friars’ church. During the war, he served in the 3rd Brigade of the Home Army in Vilnius under the code name ‘Janosik’, reaching the rank of sergeant. He took part in the operations Burza (Tempest) and Ostra Brama (Gate of Dawn). He narrowly escaped a death squad. Captured, he ended up in a labour camp in Kałudza upon the Oka, where he was forced to fell forest trees. In 1946 he made it to Poland. In Warsaw he got a job at a clothing warehouse. He joined the Central Artistic Company of the Polish Armed Forces and was accepted to the Fryderyk Chopin Higher School of Music. In 1947 he won the YMCA Singing Competition in Warsaw. As a special prize, he received a coat and hat by a well-known Warsaw-based brand Stefan Cieszkowski. He placed high in singing competitions in Budapest and Berlin in in 1946 and 1951, respectively. After making a debut at the Warsaw Opera as Prince Gremin in Tchaikovsky’s Eugene Onegin on 1 December 1950, reportedly as a last-minute cover, he became a soloist with the company. Stolnik in Moniuszko’s Halka was his signature role for years. Although later he was an unmatched Skołuba in the composer’s The Haunted Manor, originally he sang Zbigniew dozens of times. In 1955 he portrayed King René in Tchaikovsky’s Iolanta.

In 1956 he won the Vercella singing competition receiving Il Primo Premio Assoluto. In the wake of the success, he was hired for a short stint by the Teatro Massimo Palermo and took part in a grand European tour organised by the management of La Scala for the competition’s prizewinners. Ładysz’s partners included such greats as Victoria de Los Angeles, Antonietta Stella, Franco Corelli, and basses: Cesare Siepi, Boris Christow, Mikołaj Giaurow. Famed conductor Tullio Serafin asked the Pole to record Raimondo in Donizetti’s Lucia di Lammermoor with Maria Callas in the title role for Columbia in London (1959).

In December 1956, with his Italian successes fresh under his belt, Ładysz appeared on the stage of Warsaw’s Roma Theatre as Mephisto in Gounod’s Faust. Wearing showy makeup, a fake hooked nose, a hat with a feather he flashed his white teeth menacingly. A nobleman with a peasant’s sword, a devil and a human being at the same time, wrote the reviewers. The audience who filled the sold-out auditorium to the brim, welcomed the singer with thunderous applause. 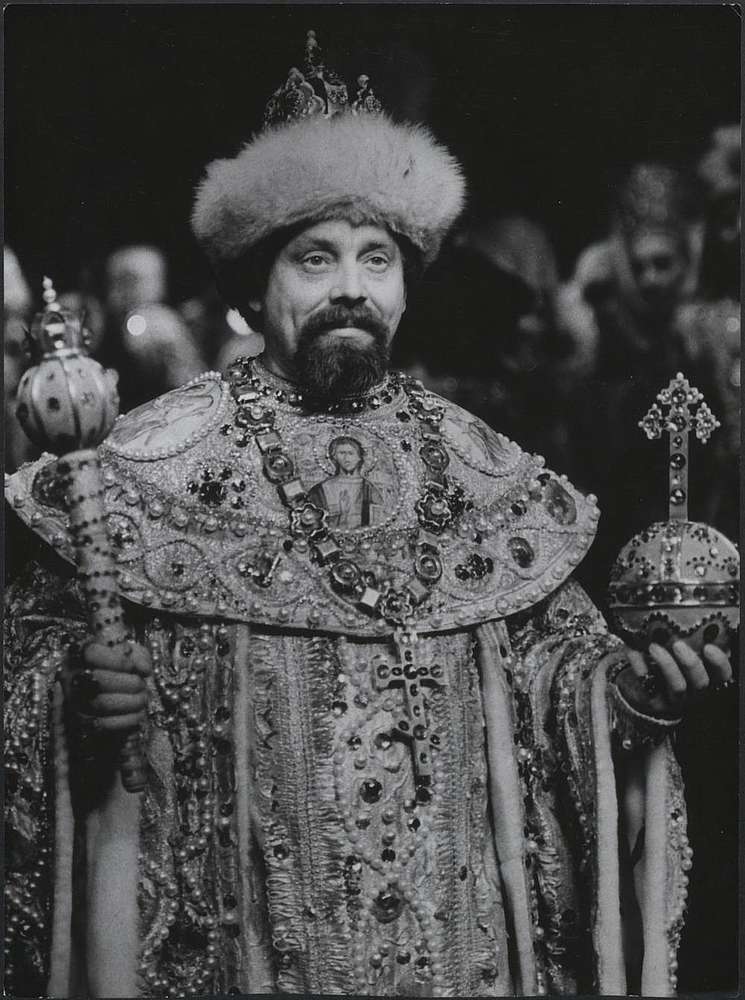 Mussorgsky’s Boris Godunov, which he first performed in Aleksander Bardini’s 1960 take on the opera under Jerzy Semkow, proved the role of his lifetime. He sang it at the Bolshoi in Moscow (1963) and elsewhere abroad. He also reprised in a new Warsaw production in 1972. His Philip II in Verdi’s Don Carols is the stuff of legends, especially the performances alongside young Marek Dąbrowski as the Grand Inquisitor in a phenomenal Warsaw production by the Czech duo of Ladislav Štros and Josef Svoboda (1964). He excelled himself as the four incarnations of Lindorf in Offenbach’s The Tales of Hoffmann (1962).

Ładysz also triumphed in Italian comedic roles. He delighted the audience as Don Pasquale in Bardini’s 1961 production of the opera. A small – by present standards – television audience watched him portray the gawky Uberto alongside the charming Bogna Skorska in Pergolesi’s La serva padrona relayed from the foyer of the Warsaw Philharmonic Hall and subsequently at the Theatre in the Old Orangery at the Royal Łazienki Park, Warsaw. A natural born actor, he made the audience roar with laughter in Cimarosa’s monodrama Il maestro di capella shown on the Teatr Wielki’s small stage in 1971.

At the beginning of 1966 he was approached by Krzysztof Penderecki – back then at the dawn of his great career – who asked him to star in the world premiere of St Luke Passion at the Munster cathedral. Ładysz was in his element in the composer’s music. For the next fifteen years he performed in the world premieres of Penderecki’s subsequent pieces: Dies irae, Kosmogonia, both parts of Utrenja and Te Deum, as well as the Hamburg world premiere of The Devils of Loudun in 1969 (Barré). ‘With his rage and brawny bass [he was] a truly infernal inquisitor-exorcist,’ wrote Jerzy Waldorff after the opening. The performance was recorded by Philips. Ładysz sang the solo parts in these pieces in all four corners of the world. 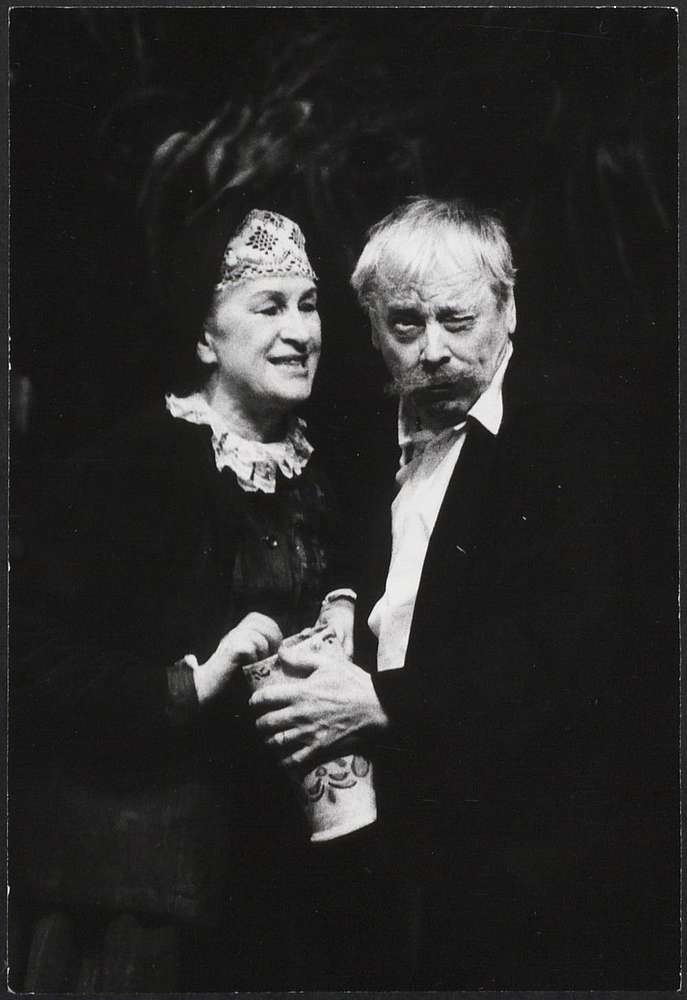 He possessed versatility that is rare amongst singers. He excelled in Polish, Russian and Italian repertoire, contemporary pieces, lieder and popular songs. He felt constrained at the theatre. His partners, stage directors, low wages, the rigors of work, and subsequent general managers frustrated him. He liked the stagehands and dressers. He sneered at vocal hygiene and role preparation: he would simply do his thing, then go to the opera, and put on his costume. ‘Otherwise, I would be lying onstage,’ he claimed. And, to be sure, he never lied. He always was himself and the man he portrayed at the same time.

This ability proved useful in film. He played in Wajda’s Promised Land, Konwicki’s The Issa Valley, Hoffman’s With Fire and Sword and The Quack. He left the Teatr Wielki, his home stage, in a state of disagreement in 1979, but grew to miss it. In 1991 he came back and was very warmly welcomed as the organ player Miechodmuch in Bogusławski and Stefani’s Cracovians and Highlanders, then sang Tevye the Dairyman in Bock’s Fiddler on the Roof (1993). In 2008 the Fryderyk Chopin Academy of Music Warsaw awarded him with a honorary doctorate.

On 20 December 2012 the Teatr Wielki mounted a celebration to mark his 90th birthday. Bernard Ładysz and his wife Leokadia were seated on the stage, while fragments of his theatre and film performances were shown on a big screen. The auditorium filled with his unique bass once again.

Go to the Bernard Ładysz entry in our Archive

A portrait of Bernard Ładysz; Archive of the Polish National Opera