The artists were nominated for the awards by the Polish National Ballet for their achievements in 2016, in particular their creations as Miranda and Prospero in The Tempest and leading roles in Bolero choreographed by Krzysztof Pastor. It is alreaday the second time our first soloists have been given the accolades. In 2014 they received the statuettes for their roles of Hippolyta-Titania and Theseus-Oberon in the Polish premiere of John Neumeier’s Midsummer Night’s Dream. The 11th Jan Kiepura Music Theatre Awards Gala, organised as always  by the Mazovian Music Theatre, was held on 24 June at the Warsaw Philharmonic Hall. 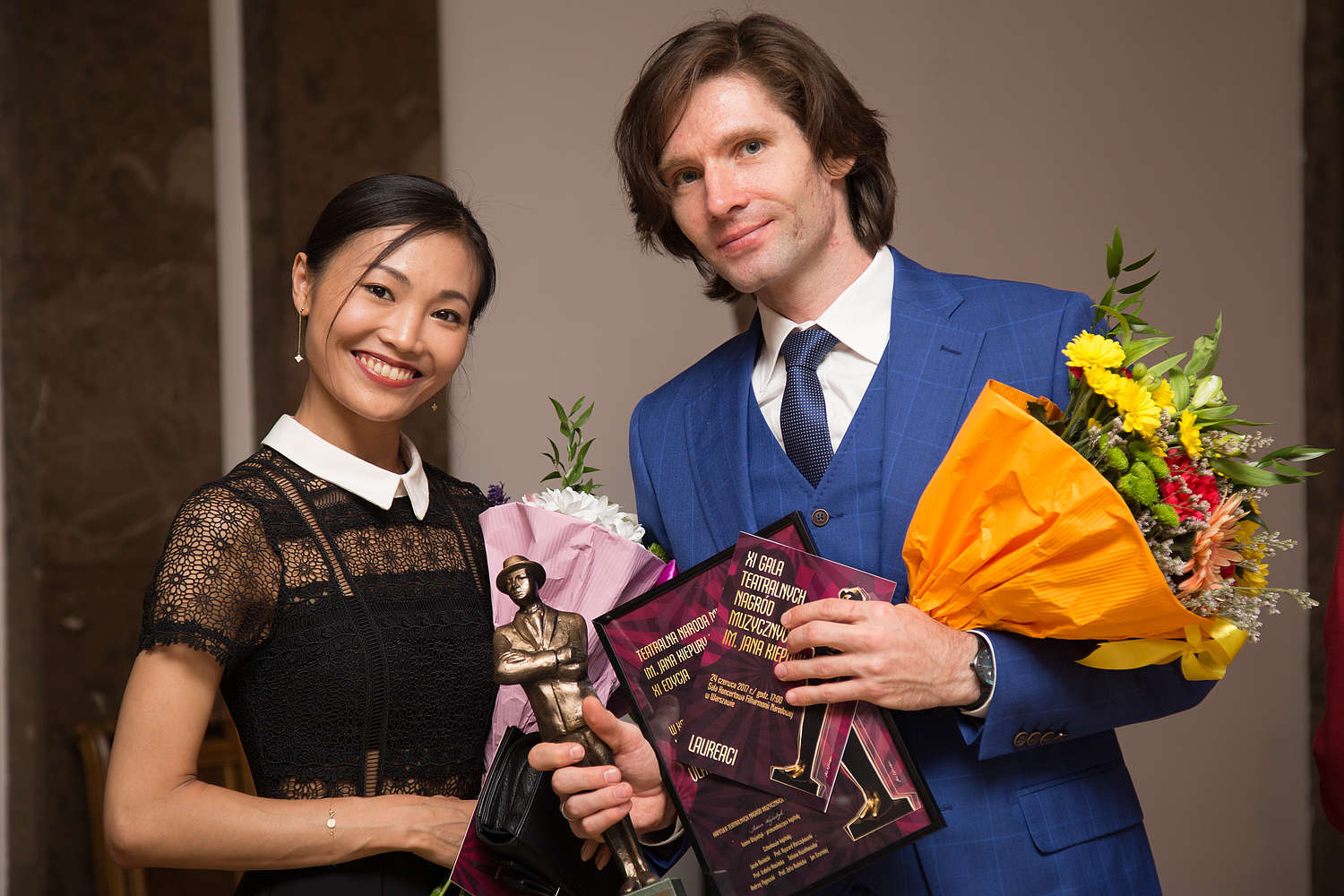