As we await our audience’s return to our house, the Polish National Ballet will revisit some of its past productions online. To start off, we are going to treat you to a recording of Krzysztof Pastor’s spectacular Casanova in Warsaw.

Devised in 2015 to mark 250 years of public theatre in Poland, the ballet was conceived by librettist Paweł Chynowski and choreographed by Krzysztof Pastor. Right from the start, the creators’ intention was to set the piece to Wolfgang Amadeus Mozart’s music. The final selection was made by conductor Jakub Chrenowicz, who also led the performance. Thanks to Waldemar Dąbrowski’s extensive international contacts, prominent Italian designer and Academy Award winner Gianni Quaranta agreed to devise sets for the production. The fruit of their labour, brought to life thanks to the craftsmanship of our technical production team and studded with our ballet talents, is a vivid retrospection of Giacomo Casanova’s visit to Warsaw during the reign of King Stanisław August Poniatowski. This weekend we will all have a chance to relive it on vod.teatrwielki.pl. Don’t miss the chance to cast a look behind the scenes of King Stanisław August Poniatowski’s theatre and savour our dancers’ unforgettable performances.

Today Casanova is mainly perceived through the prism of his literary persona: a reckless seeker of adventures, risky flirtations, parlour splendour, courtly pastimes, and clandestine pleasures offered by gambling establishments and the backstage of theatres. Most of all, however, he painted himself as a passionate seducer. Was that who he really was or was he simply a man looking for an ideal he never met? Trying to answer the question, the creative team behind this production came up with their loose interpretation of Casanova’s diary entries from the time he spent in Warsaw. 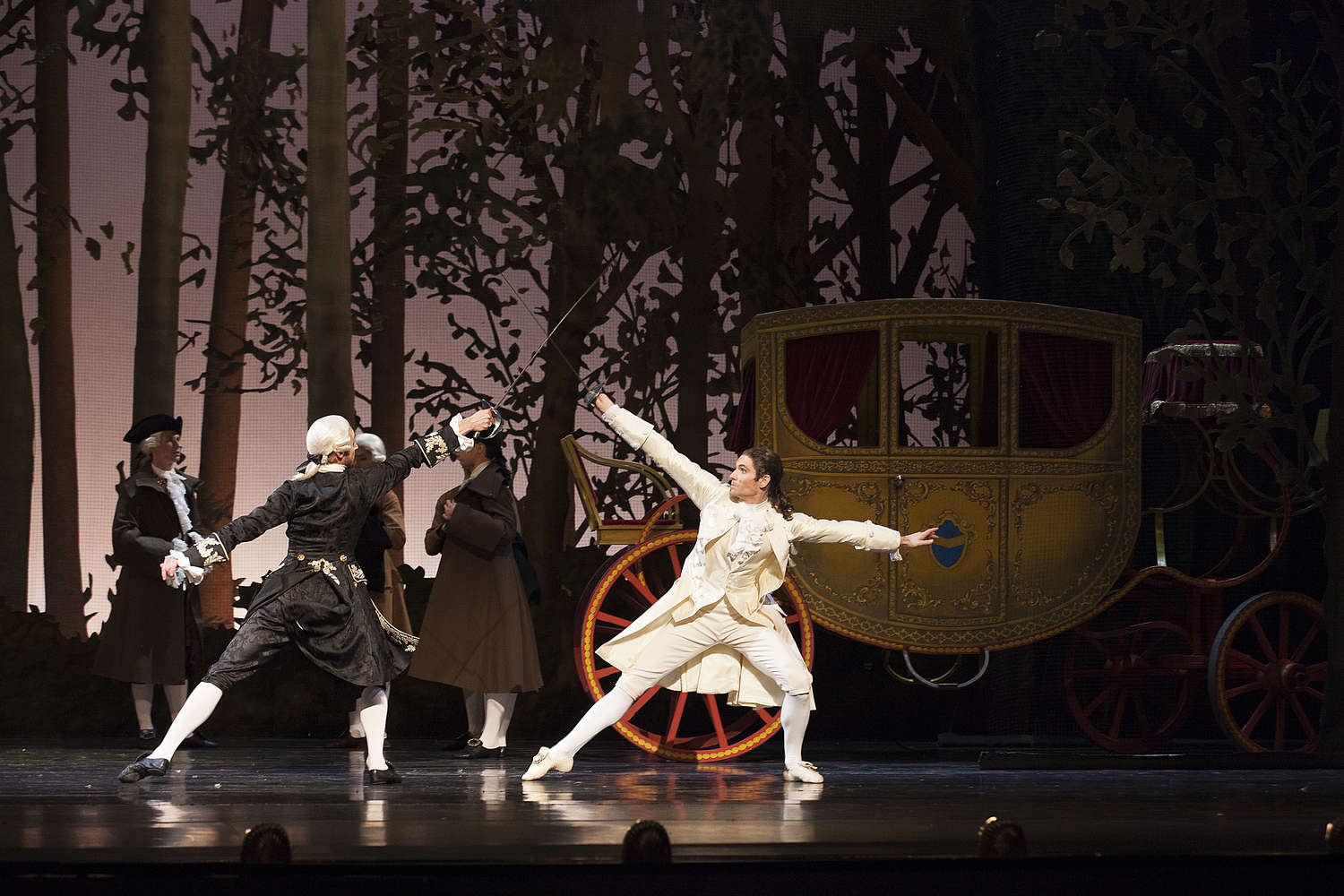 The ballet’s title character came to Warsaw in the autumn of 1765 on his way back from St Petersburg and stayed in the city for nearly ten months. With innumerable affairs, scandals, frauds, lucky escapes, and travels across Europe under his belt, he enjoyed a reputation of a seasoned seducer and gambler. Although he was ready for new challenges, he was also yearning for stability. In Warsaw he hoped to be appointed a royal secretary. He mixed with the Polish elites, was a regular gust of the Princes Czartoryskis, and became close with King Stanisław August. His special predilection was for the Italian dancers of the royal ballet company. He befriended Count August Moszyński, who was in charge of the court entertainment, met the entrepreneur of the royal theatre Carlo Tomatis, watched the performances of legendary French dancer Charles Le Picq, and witnessed the first artistic season of Operalnia Saska, Poland’s first public theatre. To his misfortune he also became involved in a rivalry between three leading Italian soloists of the Warsaw company: Caterina Gattai, his former lover Anna Binetti, and Teresa Casacci.

Casanova recalled his stay in Warsaw as peaceful and quiet. ‘I lived an exemplary life, staying away from love affairs and gambling,’ he wrote in his diary. Yet, the intrigues of the Italian ballerinas brought him into conflict with the king’s favorite, Franciszek Ksawery Branicki. After an illegal duel between the two nearly cost Count Branicki his life, Casanova left Warsaw in the summer of 1766 by the king’s command. An account of the visit survived in his iconic diary.