The Fryderyk Chopin Museum in Warsaw has launched an exhibition devoted to Chopin’s great passion: the opera. 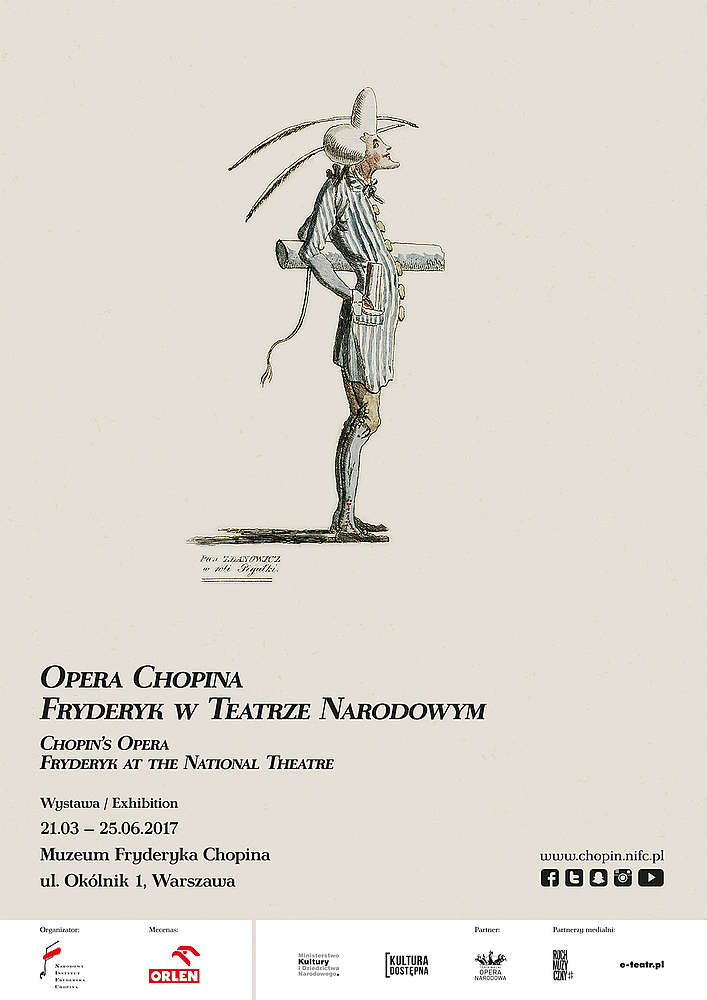 The exhibition Chopin’s Opera – Fryderyk at the National Theatre touches upon an uncommonly interesting subject concerning the life and work of Fryderyk Chopin – his passion for opera and, in particular, the beautiful and virtuosic bel canto singing that accompanied the composer throughout his lifetime. He attended the theater almost daily, and in his letters, one can read numerous descriptions of opera performances, as well as the vocal skills of the artists. The young Fryderyk will become our guide in a tour of the opera world.

The exhibition is also an opportunity to introduce visitors to the activity of the National Theater on Krasińskich Square in Warsaw, which – despite a difficult political and financial situation – was at the time an extraordinarily flourishing cultural center. It fulfilled an entertainment, educational and, above all, patriotic function – on the one hand, it permitted music lovers to travel to the world of fairytale and fantasy; and on the other, it built a feeling of national identity for Poles deprived of their own statehood.

At the exhibition, visitors have the opportunity to view, among other items, an original manuscript by Fryderyk Chopin, inspired by opera: the Variations in B-flat major Op. 2 on the theme of the duet ‘Là ci darem la mano’ from Wolfgang Amadeus Mozart’s opera Don Giovanni, along with many other wonderful operatic treats, including stage designs and theatrical props, as well as costumes from Poland’s greatest collections. The exhibition is accompanied by extensive educational offerings for both children and adults.

The exhibition is open for viewing until 25 June 2017. The entry fee is included in the museum ticket price. On Sundays admission in free.