The ninth choreographic workshop for the Polish National Ballet’s dancers is drawing to an end. On 11 and 12 March (twice) the artists will present the fruits of their labour on the Wielki’s Small Stage. 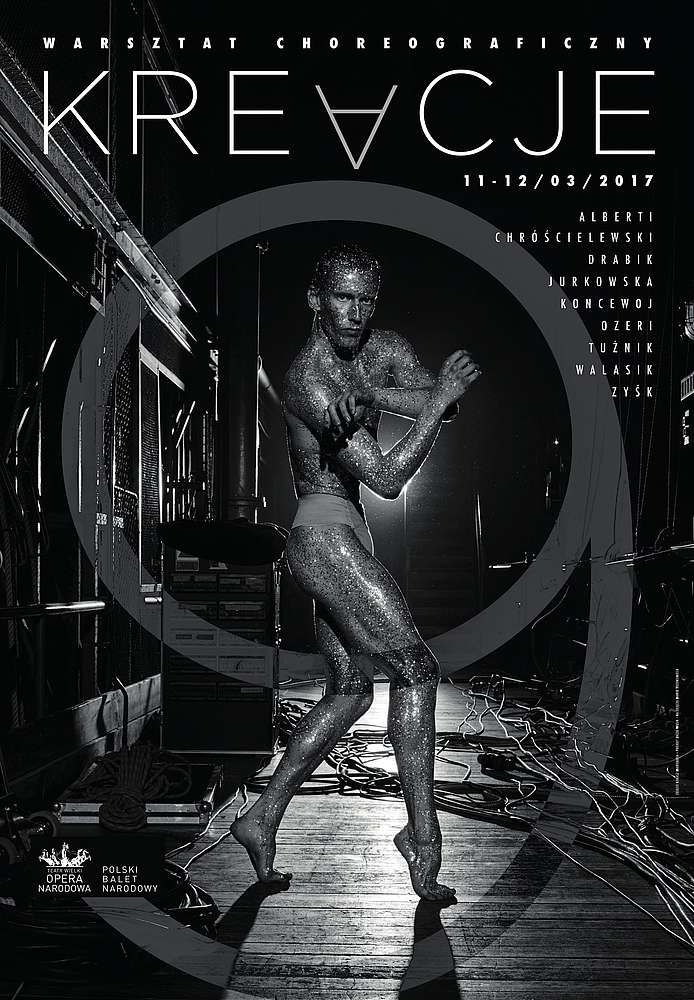 ‘When I launched the choreographic workshops eight years ago, I didn’t imagine the project would turn out this productive,’ says Krzysztof Pastor, director of the PNB. Indeed, the fruits of the previous editions of Creations are impressive. In total, as many as 25 dancers took part, some creating even seven choreographies. A few of the participants – Robert Bondara, Jacek Tyski, Anna Hop, and George Williamson – went on to choreograph for other Polish and international companies. Never before had so many of our dancers had a chance to try their hand at choroegraphy as in the past eight years. For others the workshops were an opportunity to get involved in other aspects of staging ballets: production, costume and poster design, editing programmes, promotion, video projections, photography and stage management.

Poster for this year’s Creations designed by Jacek Wąsik; photo of Dawid Trzensimiech by Łukasz Murgrabia.