Mariusz Treliński and Boris Kudlička recognised as the artists who best promote the Polish brand abroad. 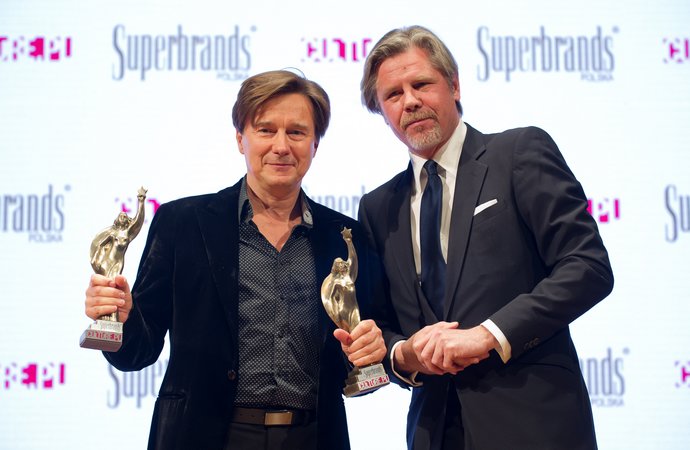 The Culture.pl Superbrands Award was established five years ago by the Adam Mickiewicz Institute (IAM) in association with Superbrands Polska.

This year’s nominations were put forward by directors of the Polish Institutes around the world and IAM experts. The winners were selected by a panel made up of heads of culture sections of Poland’s leading newspapers and magazines: Piotr Bratkowski (Newsweek), Piotr Mucharski (Tygodnik Powszechny), Bartek Chaciński (Polityka), Krzysztof Kwiatkowski (Wprost), Łukasz Grzymisławski (Gazeta Wyborcza), Jacek Lutomski (Rzeczpospolita), who were joined by Paweł Potoroczyn, IAM’s director, and Nina Kowalewska, CEO of New Communications, The Superbrands exclusive representative in Poland.

The award was established in 2012. The receipients to-date include: Krzysztof Warlikowski and Grzegorz Jarzyna (2012), Tomasz Stańko (2013), Agnieszka Holland (2014) and the POLIN Museum of the History of Polish Jews (2015).

The justification of the verdict reads:

‘Working as an artistic tandem, Mariusz Treliński and Boris Kudlička (…) have built a recognisable, highly-valued, award-winning, coherent aesthetic style and individual language which make them a distinctive phenomenon in the world of opera. The Treliński & Kudlička brand is not only a symbol of quality, it also communicates a visionary combination of traditional stage design and the language of film, which makes opera extremely attractive for today’s – often young – audiences.’

The award was presented during the 10th Polish Superbrands Gala in Warsaw, which gathered representatives of business, marketing, culture and show biz to celebrate the success of the strongest brands in Poland. Mariusz Treliński, artistic director of the Teatr Wielki – Polish National Opera, accepted the Culture.pl Superbrands statuettes from Paweł Potoroczyn on behalf of himself and stage designer Boris Kudlička.

The presentation of the awards was preceded by a concert of Kasia Stankiewicz (vocals) and Aleksander Dębicz (piano).