With the year 2017 drawing to its close, the Polish National Ballet sees departures of four of its artists: Adam Kozal, Jacek Tyski, Kurusz Wojeński, and Stella Walasik.

Soloist Adam Kozal may boast a beautiful 20-year-long career as a performer. Having trained in Poznań, he made his professional debut on our stage, then danced with the Hamburg Ballet, and was a soloist with the Finnish National Ballet, the Royal Ballet of Flanders and the Polish National Ballet since it was founded in 2009. In Warsaw he has danced a vast repertoire of solo roles. He will bow out with the role of E.T.A. Hoffmann in The Nutcracker and the Mouse King to join the opera house’s marketing and publishing team.

Also saying farewell to our company is soloist Jacek Tyski, who is thus wrapping up a dancing career of 22 years. He studied in Warsaw and Hamburg, where he made his debut with John Neumeier’s company. He then performed with the Compaña Nacional de Danza in Madrid, before moving back to Warsaw in 2000 to become one of our soloists. Soon, he also started creating choreographies, both as part of the PBN’s annual choreographic workshops and beyond the opera house’s walls. In 2016 he became a choreographer-in-residence of the Wrocław Opera and will officially leave our company at the end of this year.

Coryphée Kurusz Wojeński joined the Wielki’s ballet company in 2006 after graduating from the Warsaw ballet school. In 2010 he became a coryphée of the Polish National Ballet and has successfully taken on many solo parts spanning the company’s whole repertoire. He could have doubled that, yet decided to retire from dancing and embark on new challenges. He will bid farewell to the stage with the role of Mouse King in The Nutcracker.

Stella Walasik leaves the PBN for altogether different reasons. She studied at the Gdańsk ballet school and the La Scala dance academy. She joined the Warsaw ballet company in 2014, becoming a highly appreciated corps dancer, performing in the company’s whole repertoire. Yet, having been offered the position of soloist with the ballet of the Poznań Opera House, she decided to take up the opportunity. (pch) 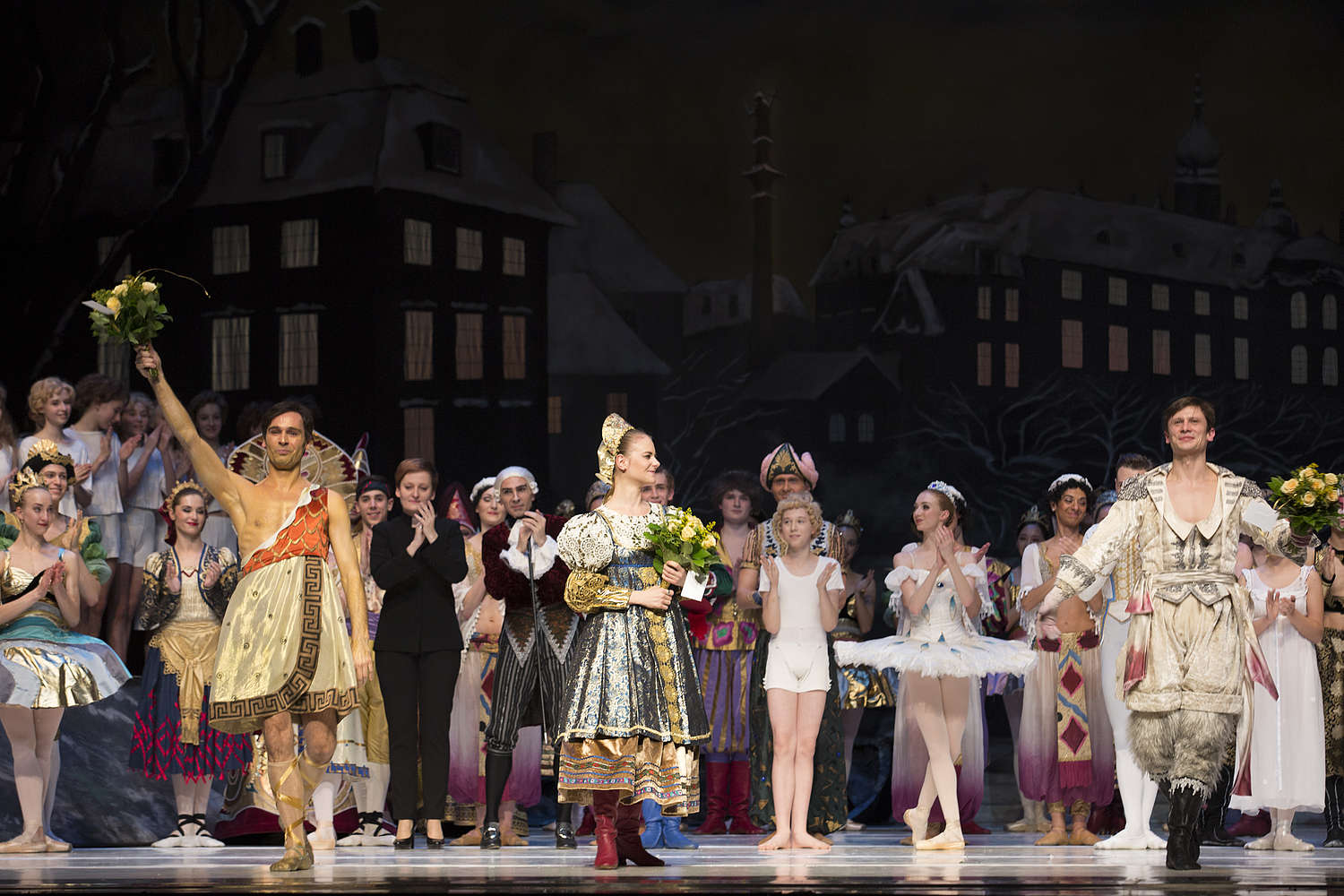 Pictured: Adam Kozal, Stella Walasik, and Kurusz Wojeński during curtain call after the last 2017 performance of The Nutcracker on 23 December. Photo: Marta Wódz