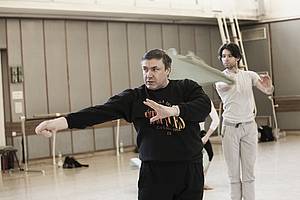 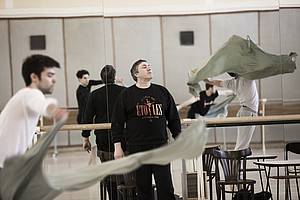 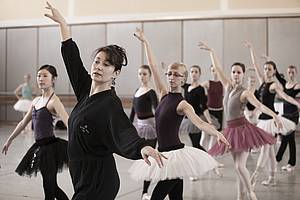 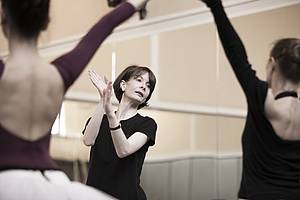 The motif of Don Quixote has appeared in dance since the dawn of staged shows. The story was already danced at the French court in 1614, just nine years after the first part of Cervantes’ novel was published. In the mid-18th century it found a place on the professional ballet stage and has stayed there ever since in different musical and choreographic settings. At our theatre, it has returned four times so far: in 1840, 1885, 1964 and 1990 – always with great success. This season it will be performed by the Polish National Ballet presenting the Moscow version choreographed by Alexei Fadeyechev to music by Ludwig Minkus, based on the original by the legendary Marius Petipa, revised over time by Moscow ballet master Alexander Gorsky.

Alexei Fadeyechev is the son of famous Moscow soloist Nikolai Fadeyechev and pursued a career himself as one of Russian ballet’s leading soloists of the last quarter of the 20th century. In 1998-2000 he was also the artistic director of the Bolshoi Ballet. It was then that he worked on his choreography for Don Quixote which gained wide recognition around the world and remains part of the Bolshoi Theatre’s repertoire to this day. The Moscow company has presented it successfully on tour and Fadeyechev himself later revived it with ballet companies in Tokyo, Rostov, Tbilisi and Naples.

The artist is personally leading the Polish National Ballet company’s rehearsals, with support from two assistants: a former Bolshoi Ballet soloist and also his wife – Tatyana Rastorgueva, and Georgian ballet mistress Ekaterina Shavliashvili. Fadeyechev’s production will gain a new visual setting at our theatre, the work of German stage designer Thomas Mika. The Polish National Opera Orchestra will be coached for the premiere and then guest conducted by Ukrainian conductor Alexei Baklan working with Marta Kluczyńska. The main parts will be danced by the PNB’s leading soloists: Aleksandra Liashenko and Maksim Woitiul, Maria Żuk and Vladimir Yaroshenko, and Yuka Ebihara and Paweł Koncewoj. The premiere will take place on 29 May 2014 and will be followed by further performances this season: on 30 and 31 May, and 1, 6, 7 and 8 June. In the last show Basilio will be a guest performance by Polish principal dancer of the Stuttgart Ballet, Filip Barankiewicz.