First soloists of the Polish National Ballet Yuka Ebihara and Maksim Woitul will guest in Don Quixote on 8 September 2015 at the National Theatre of Opera and Ballet in the capital of Moldova. 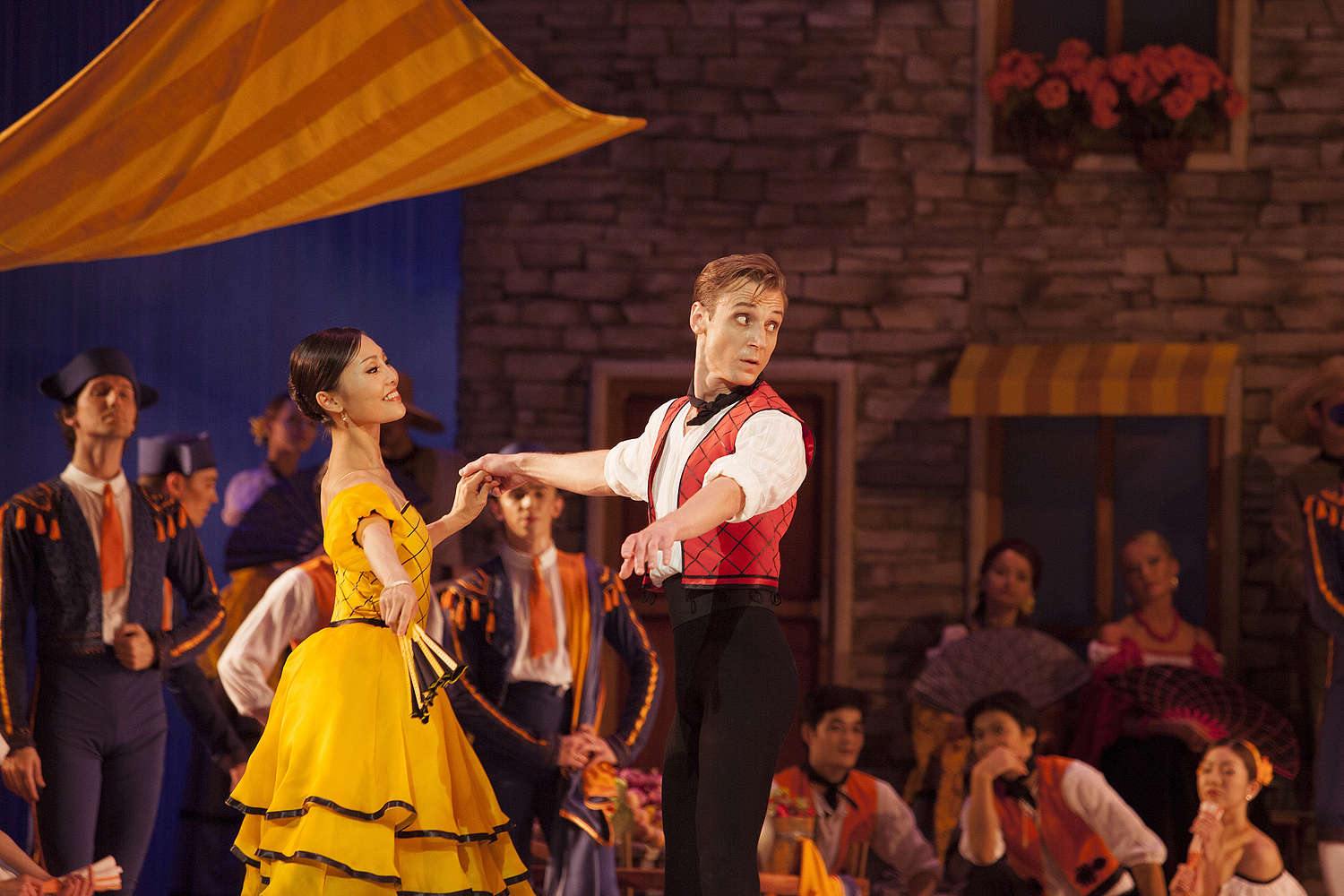 Chisinau is hosting the annual Interational Festival of Opera and Ballet from 4 to 13 September. Its programme embraces the operas Madame Butterfly, L’exlixir d’amore, Otello, and Aida and the ballets Romeo and Juliet, Don Quixote, and Swan Lake performed by international artists. Poland is represented by leading soloists of the Polish National Ballet Yuka Ebihara and Maksim Woitul, who will perform as Kitri and Basilio alongside with the local ballet company in the traditional version of Don Quixote choreographed by Marius Petipa and Alexander Gorsky. (pch)

Photo of Yuka Ebihara and Maksim Woitiul in a Warsaw production of Don Quixote; copyright:Ewa Krasucka