A group of over 100 orchestra musicians and staff, and their families arrived in Poland to get ready to perform, in cooperation with the Warsaw Philharmonic and the National Institute of Music and Dance, for the first time since the war began. 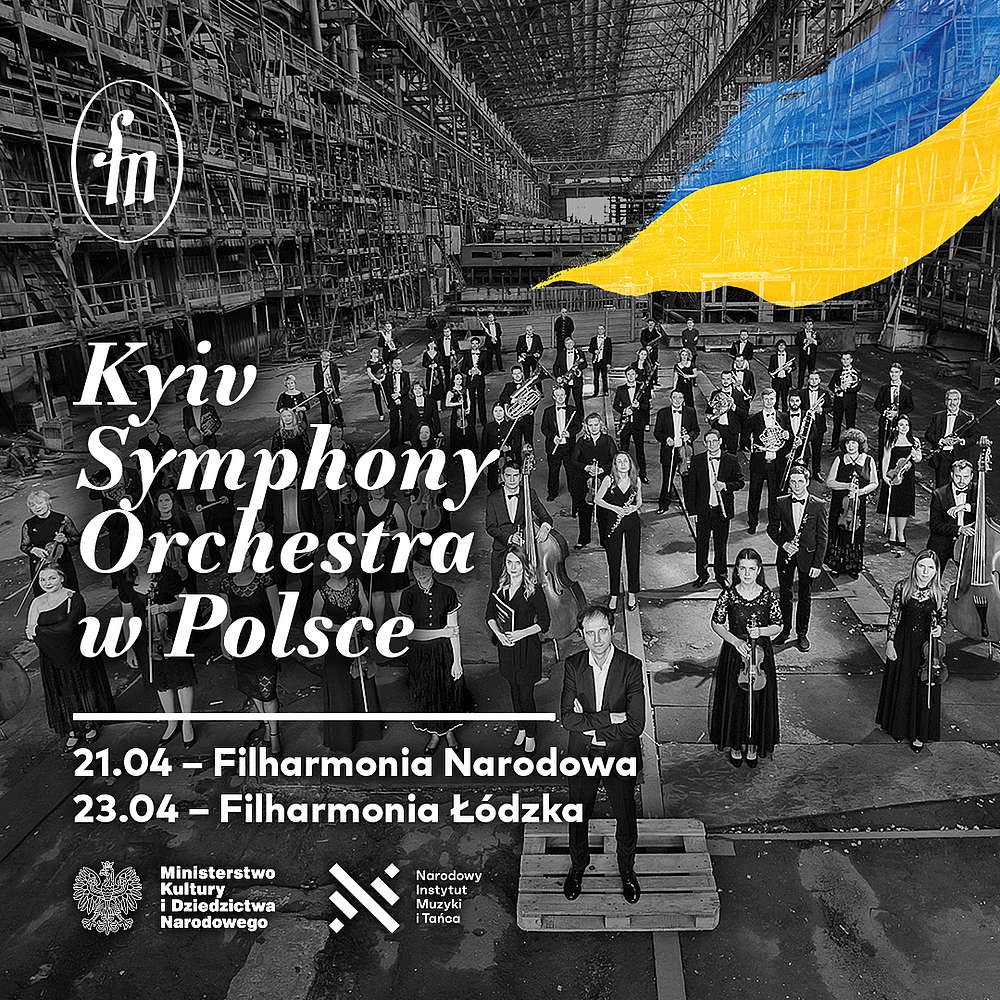 Kyiv Symphony Orchestra is a Ukrainian state ensemble with a 40-year history that is currently undergoing a revolutionary renewal. A rare fusion of Ukrainian sensual musicality and Western analytical attitude to the text was born from the union of the orchestra with the Italian conductor Luigi Gaggero. Unusual for Kyiv orchestras, the invitation of a foreigner to the position of Chief Conductor arose from the ambitious desire of musicians to create interpretations that are at the same time fresh, historically aware and touching. The orchestra especially cares about the preservation and promotion of Ukrainian musical treasures.

The tour will open on 21 April 2022 at the Warsaw Philharmonic with a concert held under the auspices of the Polish Minister of Culture and National Heritage and featuring Ukrainian orchestral music, ranging from its earliest works from the 1770s to the masterpieces of the 20th century.

The significance of that exceptional tour is emphasised further by the fact that the musicians obtained a special permit of the Ukrainian authorities – the Ministry of Culture and Information Policy, and the Ministry of Defence – to leave the country. Thanks to this, both women and men working normally in Kyiv, set off on a journey that will take them and their music to Łódź, Berlin, Hamburg, and Dresden.

In Poland, the Kyiv Symphony Orchestra will perform two concerts: in Warsaw on 21 April and in Łódź on 23 April. As this is the ensemble’s first performance since the war began, it will be preceded by several days of rehearsals in the Concert Hall in ul. Jasna and in the headquarters of the Polish Radio. The musicians’ visit to Poland is organised by the Warsaw Philharmonic and the National Institute of Music and Dance, and financed from the funds of the Polish ministry of culture