The artist’s performances at the Rossini Opera Festival in Pesaro have been enthusiastically received by audiences and critics.

Ewa Podleś has sang the title role in Rossini’s Ciro in Babilonia four times, winning a multitude of rave reviews from international critics:

‘A fully deserved triumph. The ovation she received was not an expression of appreciation for her lifelong achievements but an eruption of enthusiasm for her stature now, (…) her voice, which blossoms in a variety of colours across the tessitura. All of this has a precise dramatic justification, all comes together in a deep symbiosis of music and lyrics. A true Signora del Belcanto. (…) Chapeau bas!’
L’Ape musicale

‘There is something so solid, so resolved, so unshakable, so volcanic in the Podles performance, that it commands every pair of ears in the house. From her opening cavatina where she is reflecting on possible strategy, Veh come pallido – Ciro infelice – Ahi! Come il mio dolore, never was there such a vocal force to be reckoned with. This can be a booming contralto quality which is also shot through with melting tenderness. In this alone, ma’am, you have no competitor.’
Seen and Heard International

‘Well into her sixties now, the Polish contralto displays untainted charisma and stage authority. Her voice does not falter in lower register; her coloratura remains fierce and precise with perfectly contolled breathing.’
OperaClick


‘Ewa Podleś has an extraordinary voice, her fantastic vocal range spanning unbelievably low notes and dramatic high tones. Her skillful transitions between high and low sounds prompted the audience to regularly erupt in thunderous applause. The ovation after the first aria stopped only at the singer’s explicit request. The final, stunning aria got the audience up on their feet.’

Congratulations to Ewa Podleś on her another fanstastic success! 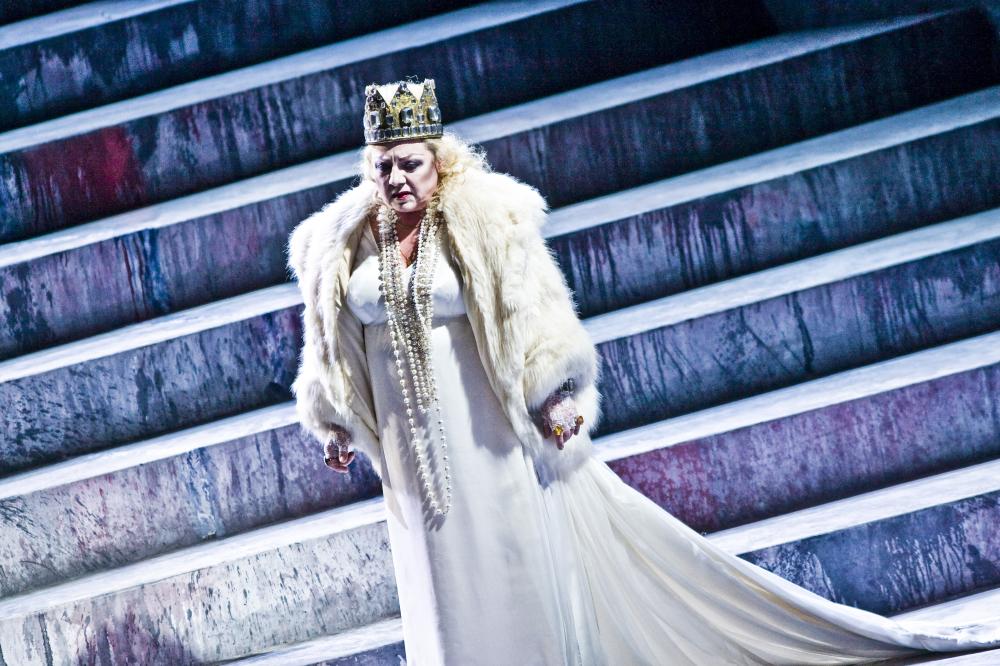