This season’s last performance of Casanova in Warsaw on 7 June will be the farewell to two Polish National Ballet’s dancers, Aleksandra Liashenko and Jarosław Zaniewicz. 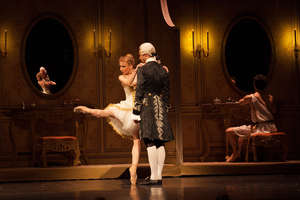 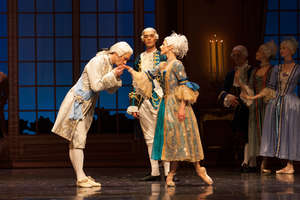 First soloist ALEKSANDRA LIASHENKO suspends her contract with the Teatr Wielki for pesonal reasons, and will grace the stage of the Staatsoper Hannover starting from the new season. After 7 years with our company, Ms Liashenko will perform on the Teatr Wielki’s stage for the last time on 7 June as Mme Binetti. She will then join the PNB on their tour in New York and Washington later in June. We hope that her family situation allows the dancer to come back on the Warsaw stage again in near future.

Our soloist JAROSŁAW ZANIEWICZ has been juggling dancing and working as stage manager for opera productions with the Teatr Wielki. Now, he is quitting his artistic career after 11 years onstage and will focus on his new profession. After the performance of Casanova in Warsaw on 7 June he, too, will go on the American tour with the Polish National Ballet, after which he will resign as PNB soloist. Starting from the new season he will remain part of our community, yet performing a new role. (pch)