Become a volunteer and commemorate the 74th anniversary of the Warsaw Ghetto Uprising! The Teatr Wielki – Polish National Opera joins in the Daffodils campaign.

Already for the fifth time the POLIN Museum of the History of Polish Jews is commemorating  the anniversary of the Warsaw Ghetto Uprising with the Daffodils campaign. As part of the event volunteers hand out paper daffodils in the streets of Warsaw in a reference to Marek Edelman, the last commander of the Jewish Combat Organisation, who would place daffodils at the Monument to the Ghetto Heroes in Warsaw on 19 April every year.

In 2016 the campaign gathered around a thousand volunteers of different ages, backgrounds and interests, who handed out 60 thousand paper flowers. This year the POLIN Museum is planning to give out 100 thousand daffodils in Warsaw alone. Joining in the action are the volunteers of the Teatr Wielki – Polish National Opera. Come and lend a hand as well!

You may apply by 28 February. Find out more on the Museum’s website. 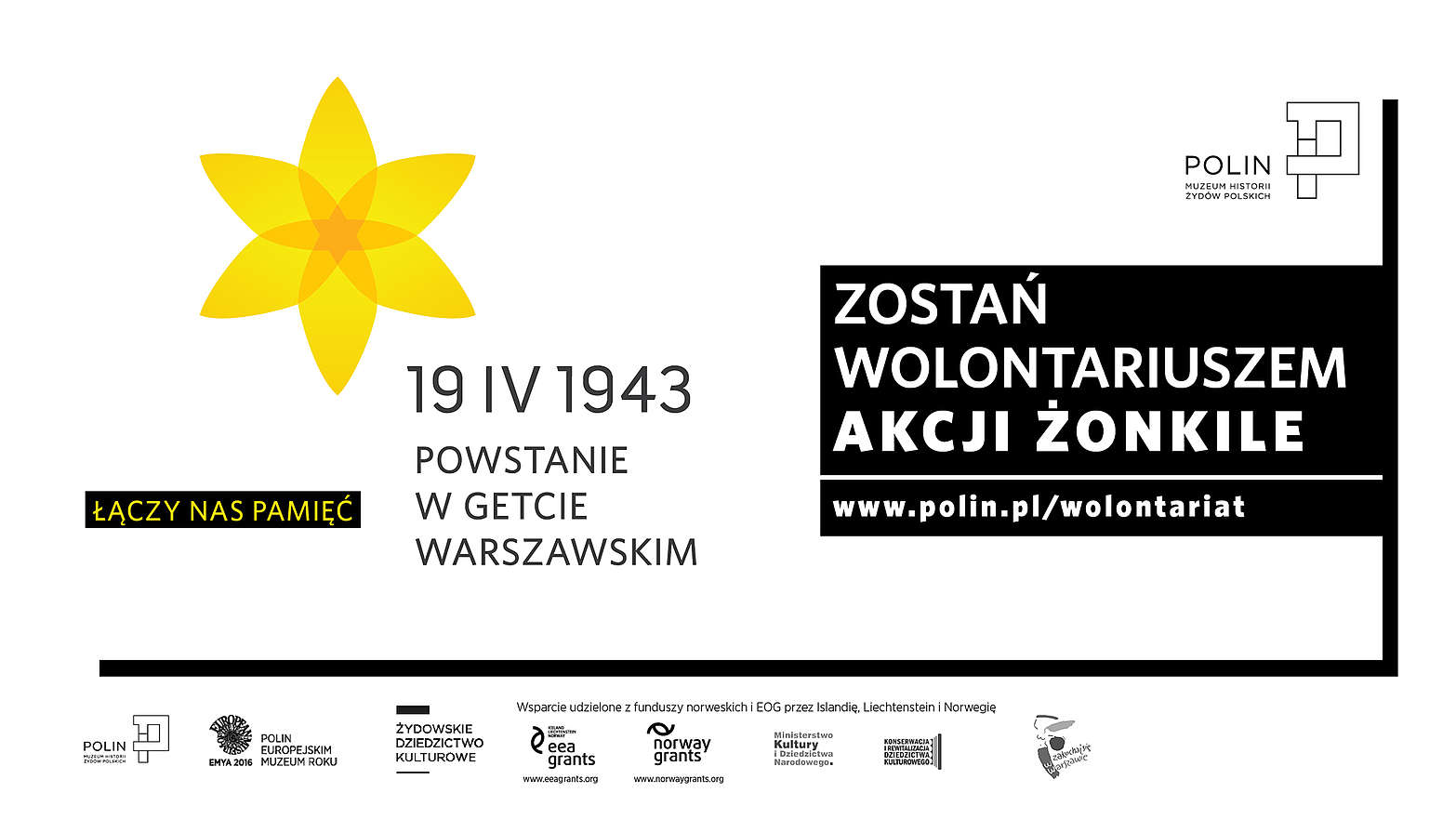