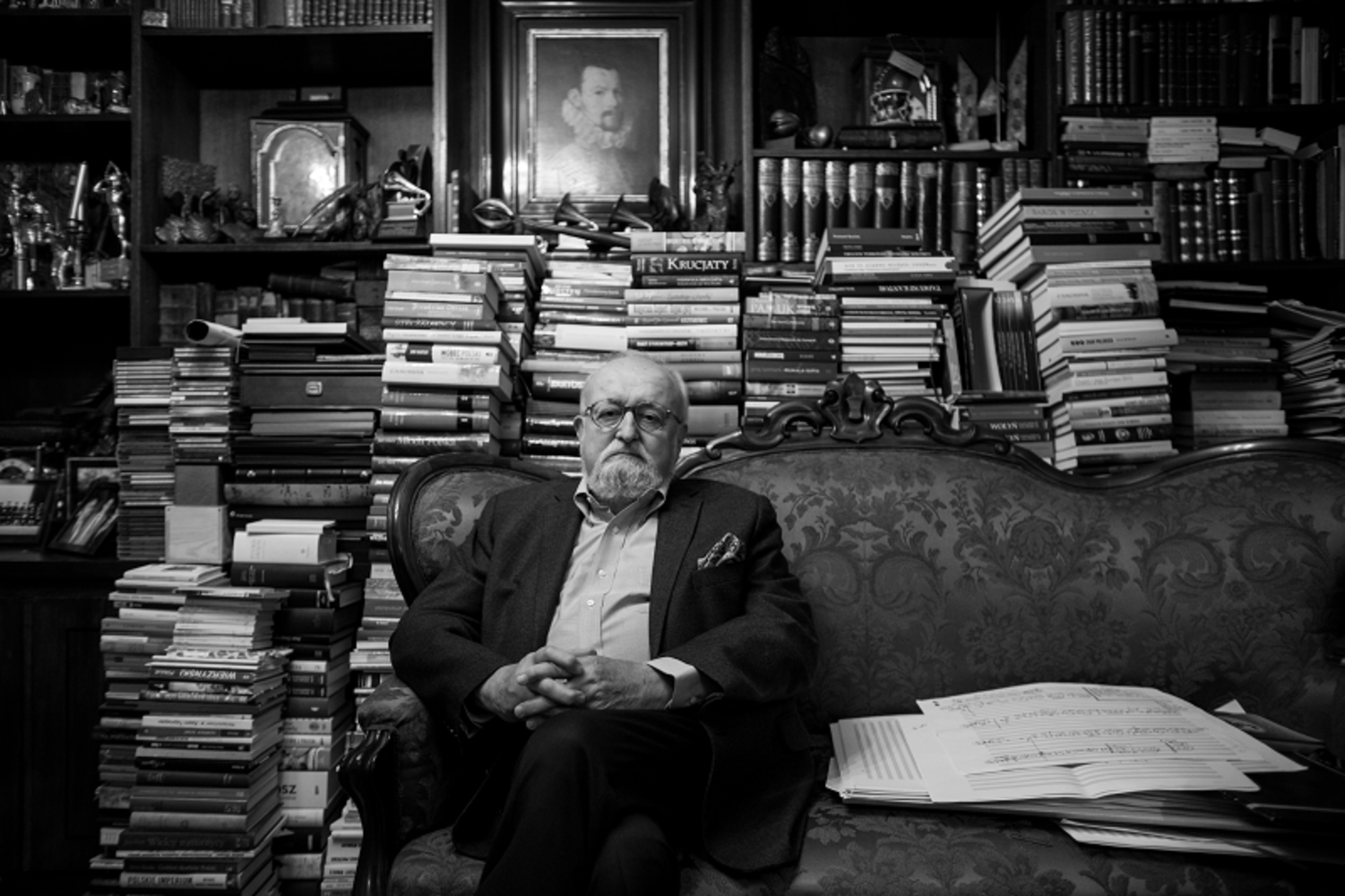 Our Master and Friend, ‘a Pole in his heart, and a citizen of the world by virtue of his talent’.

He was one of the most outstanding composers of the 20th century. His works conquered the world’s greatest temples of music, yet the Polish National Opera remained one of his most beloved artistic homes.

Krzysztof Penderecki’s works are international cultural treasures. He had a brilliant – some might even say breathtaking – career. He rose to fame at the age of 26 in the wake of the 1959 Warsaw Autumn Festival of Contemporary Music, which saw the premiere of his Strophen, Emanations, and Psalms of David. The pieces earned him all three top prizes at the 2nd Competition for Young Composers of the Polish Composers’ Union.

The next year he wrote Threnody To the Victims of Hiroshima, followed by St Luke Passion, now considered to be one of the most remarkable achievements of 20th-century music. It is also one of the most frequently performed pieces of the past century.

In the 1960s his music could be heard around the globe. He was named the leading representative of the music avant-garde. His first opera, The Devils of Loudun, premiered in Hamburg and Stuttgart in 1969. From the 1970s onwards he led Polish and international symphony orchestras and continued to compose extensively. He left behind four operas, eight symphonies, numerous orchestral and choral pieces, instrumental concertos and chamber works.

His music was often used in film. It can be heard in Friedkin’s The Exorcist, Kubrick’s The Shining, Lynch’s Wild at Heart, Cuarón’s Children of Men, Andrzej Wajda’s Katyń, and Scorsese’s Shutter Island.

Krzysztof Penderecki won two Prix Italia awards (1967, 1968) and four Grammys (1988, two in 1999, 2017). He was presented with honorary doctorates from the universities in Rochester, Bordeaux, Leuven, Belgrade, Washington, Madrid, Poznań, Warsaw, and Glasgow. He is a Knight of the Order of the White Eagle, Poland’s highest order awarded both to civilians and members of the military.

He enjoyed continued popularity in Europe, the USA and Asia, worked on new artistic projects, and collaborated with the world’s top performers up until the end.

In 2018 he celebrated his 85th birthday at the Teatr Wielki, the home of the Polish National Opera, where a special concert featuring violinist Anne-Sophie Mutter and Sinfonia Varsovia under Christoph Eschenbachai was held in his honour.

The music he left behind will forever be inscribed in humanity’s cultural legacy. He was, after all, the composer commissioned to write pieces celebrating 200 years of the United States of America, 200 years since the French Revolution, the opening of the Olympic Games in Munich (1972), 800 years of the city of Moscow, and 3000 years of Jerusalem. This tells you a lot about the man he was. I remember a conversation I had in the mid-1980s, when I visited the Santa Fe Opera while on a scholarship in the US. It’s an incredible place and an incredible venue. John Crosby, the American music legend, said to me: ‘You’re Polish? You’re lucky. You have one of the greatest composers of the 20th century,’ stated Waldemar Dąbrowski, director of the Polish National Opera, on TVN24.