One of the most famous and the most spectacular ballets ever written returns on our stage after 150 years in a staging by prominent French dancer and choreographer Manuel Legris. 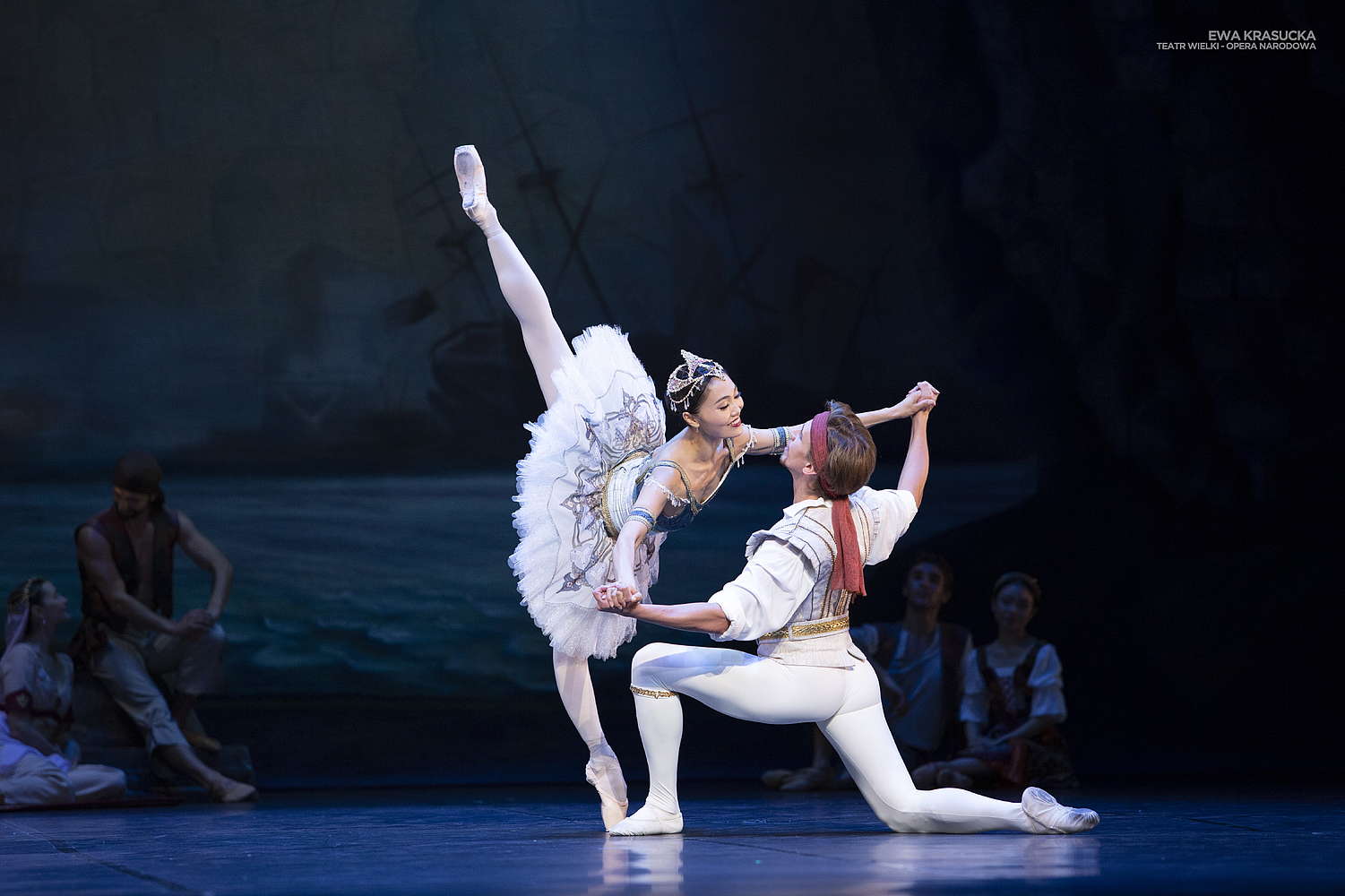 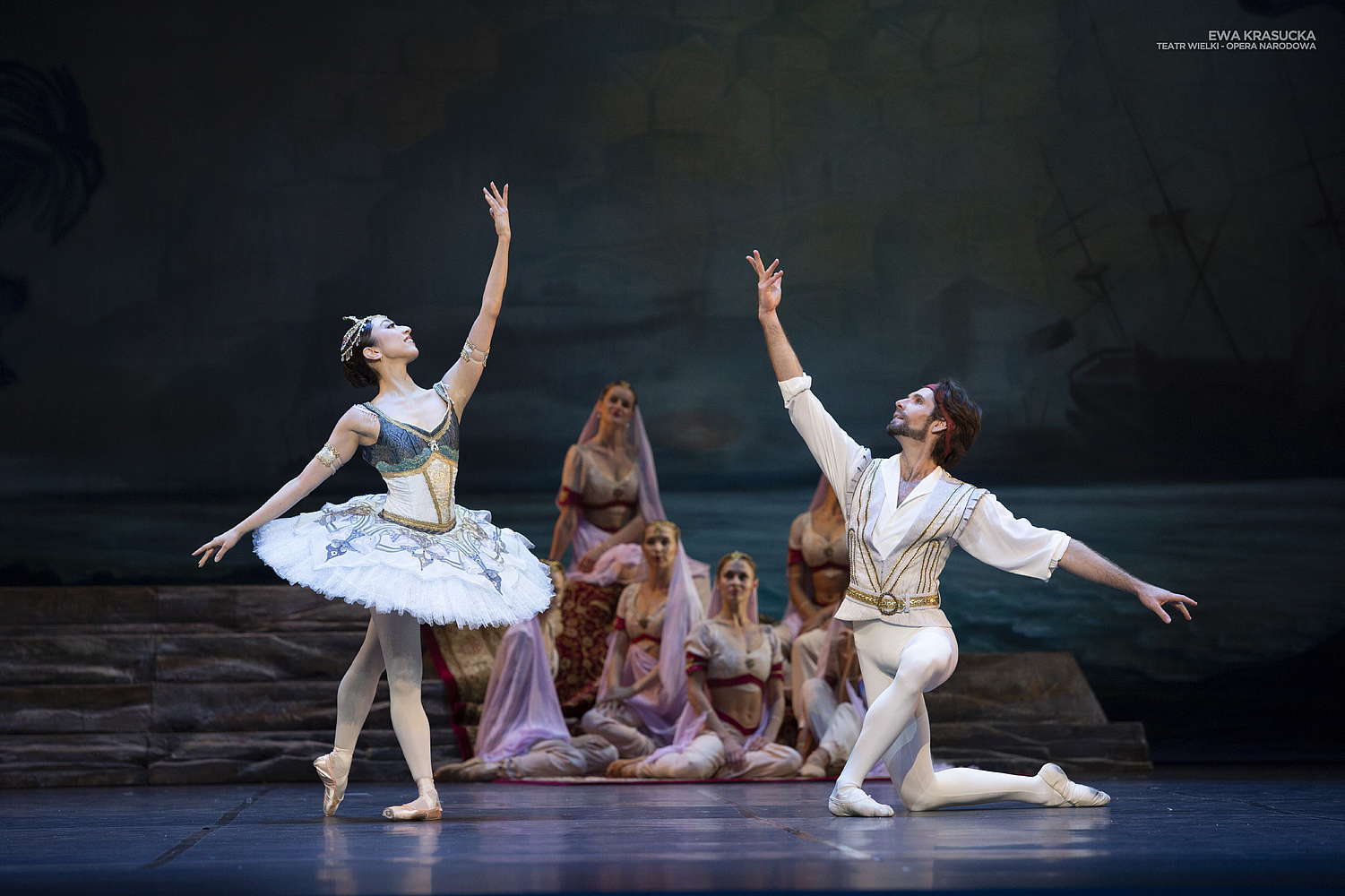 Since the Polish National Ballet expanded its repertoire to include such gems from the treasure trove of classical choreography as La Bayadère, Don Quixote, The Sleeping Beauty, as well as novel versions of Swan Lake and The Nutcracker drawing on the originals, it seemed the company’s priceless collection of works was complete. It was, however, missing Le Corsair, a piece that has been enjoying a revival in popularity across the world in recent years.

It is a 1856 ballet by a forgotten French choreographer Joseph Mazilier set to music by Adolphe-Charles Adam and other composers. Thanks to subsequent dramaturgic and choreographic adaptations by Marius Petipa in Russia, the piece survived in the world repertoire and is regularly staged internationally. The libretto is inspired, however loosely, by George Byron’s famous Romantic tale in verse and centers on Conrad, a corsair  in love with Medora who was kidnapped by slave traders and sold to a local pasha. The ballet abounds in unexpected plot twists, spectacular effects, and a great number of dazzling solo and group dance sequences.

Le Corsaire originally opened at the Tatr Wielki in 1857, shortly after the work’s world premiere in Paris, in a choreography by Roman Turczynowicz. After more than a decade of popularity, the ballet disappeared from the Polish stage for years. It returns today in an acclaimed staging devised by Manuel Legris for the Wiener Staatsoper with sets designed by Italy’s Luisa Spinatelli. Maestro Alexei Baklan conducts the Orchestra of the Polish National Opera. (pch)