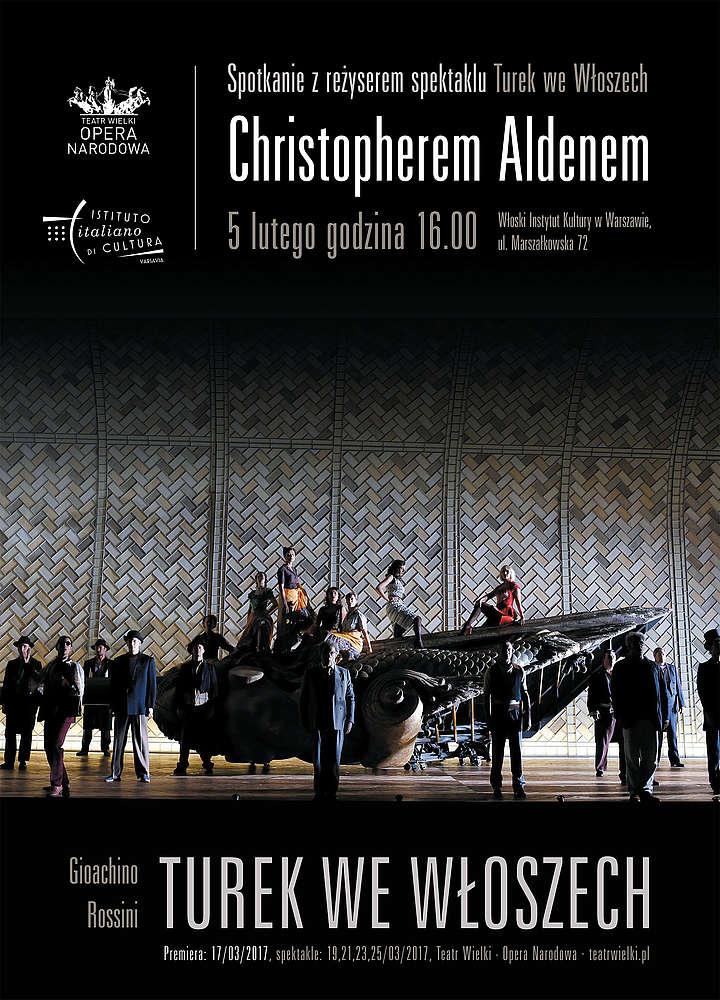 Christopher Alden’s take on Rossini’s opera buffa opens at the Teatr Wielki – Polish National Opera on 17 March 2017. The director will meet the audience already on 5 February at 4 pm at the Italian Cultural Institute in Warsaw (Marszałkowska 72).

Countless productions staged on the most prestigious opera stages throughout North America and Europe make him one of the top opera directors of today. With a career spanning over 30 years, he is renowned for dramaturgic bravery, fertile imagination, and humour. His take on Il turco in Italia is the first Alden production to be featured on the Wielki’s stage.

The meeting will be hosted by Barbara Schabowska (Polish Radio). Admission free.