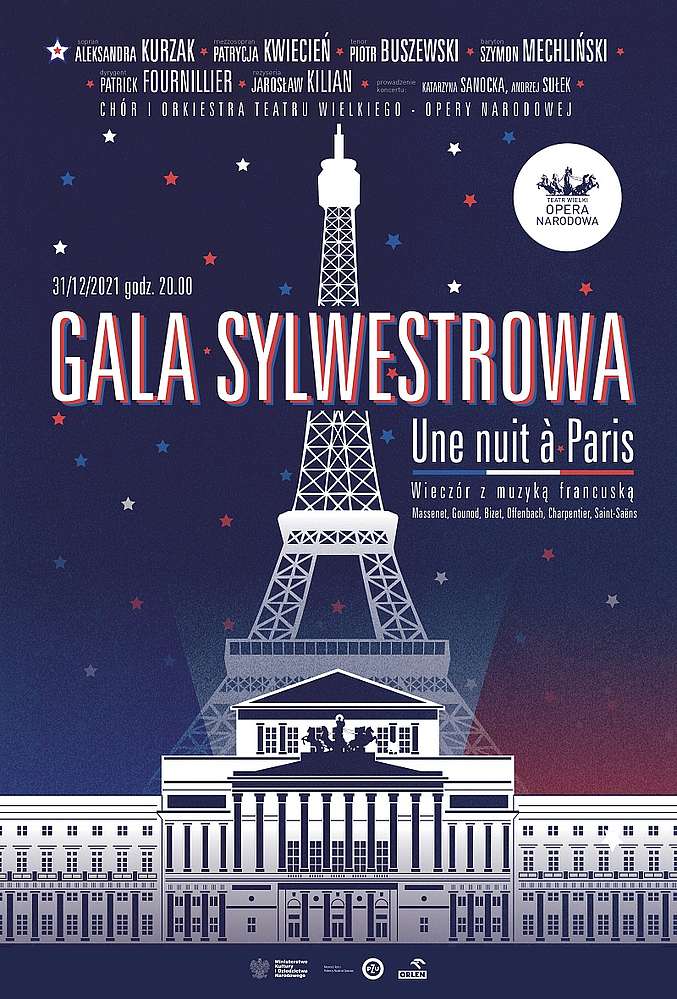 It will be romantic, exciting, and a bit nostalgic at times: we will hear a hand-picket selection of operatic hits from Massenet, Gounod, Bizet, Offenbach, and Charpentier performed by a stellar line-up headlined by Aleksandra Kurzak (soprano).

Tenor Piotr Bruszczewski is a prizewinner of the 10th Moniuszko Competition (2019) and winner of the Audience Award. In July 2022 he will sing Cassio in Verdi’s Otello at the Royal Opera House, Covent Garden. Baritone Szymon Mechliński is set to star as Escamillo in the Warsaw production of Carmen in February 2022 as well as the concert performance of Henryk Jarecki’s Barbara Radziwiłł opening in March 2022. Emerging star Patrycja Kwiecień (mezzo-soprano) is a member of the Opera Academy Young Talent Development Programme of the Polish National Opera.

The soloists will be accompanied by the Chorus and Orchestra of the Polish National Opera under music director Maestro Patrick Fournillier. The concert will be hosted by Katarzyna Sanocka and Andrzej Sułek.