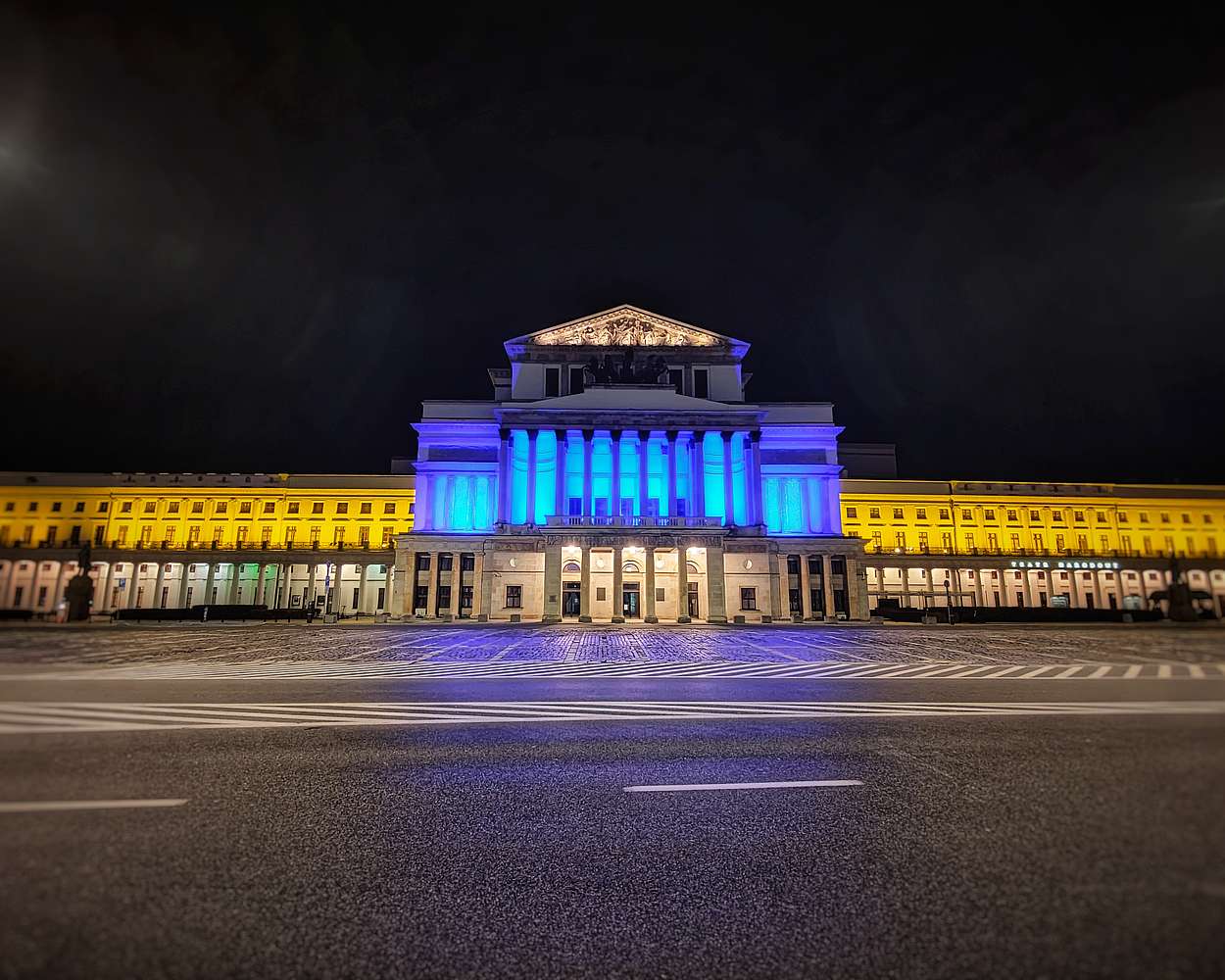 We do not remain indifferent to what Ukraine is experiencing as a result of Russian aggression. We stand united with the Ukrainian nation and support them as best we can: we harbour artists and their families, help them out financially, and provide them with the essentials they need. We joined the humanitarian relief efforts by organising a fundraising gala We Are With You, the proceeds from which went to Ukrainian children, and teamed up with the Metropolitan Opera in New York to assemble leading Ukrainian musicians into the Ukrainian Freedom Orchestra to artistically support their nation as it defends its independence.

At this tragic time, the artistic world should vehemently condemn Russia’s continued aggression and crimes committed against the civilian population in Ukraine. That is why, we have decided to cancel the upcoming performances of Onegin scheduled for 17, 19, and 21 June. In place of the opera, on 17 and 18 June, we will show Carmina Burana (Blink of an Eye), a production developed as part of the BMW Art Club project.

We cannot look with indifference at the destruction of Ukrainian cultural and material heritage and attempts at erasing the nation’s contribution to European culture as a whole. That being said, we sincerely hope that the situation in Russia changes in the future and Russian culture returns to our stage here at the Teatr Wielki in Warsaw and elsewhere in the world.

Tickets for Onegin are not valid for the shows of Carmina Burana (Blink of an Eye). Please click on the link below to read about the ticket refunds. We will make sure to make the process as quick and smooth as possible.

You may request a refund to a prepaid card with which you can pay for our tickets and merchandise, both in-store and online. You may top up the card at any time. It remains valid until the day of the last performance of the 2021/22 season.