The Theatre Museum’s collection has lately welcomed a new exhibit

This is the monogrammed, silver-mounted crystal inkwell that once belonged to Ignacy Jan Paderewski. Made in 1907 by William Hutton & Sons in London, it was bought by the Museum at an auction organised by Desa, Kraków and is the first object connected with the pianist, composer and politician acquired by the Museum. It will be displayed along with other Paderewski memorabilia at a special exhibition planned for the 2018/19 season. 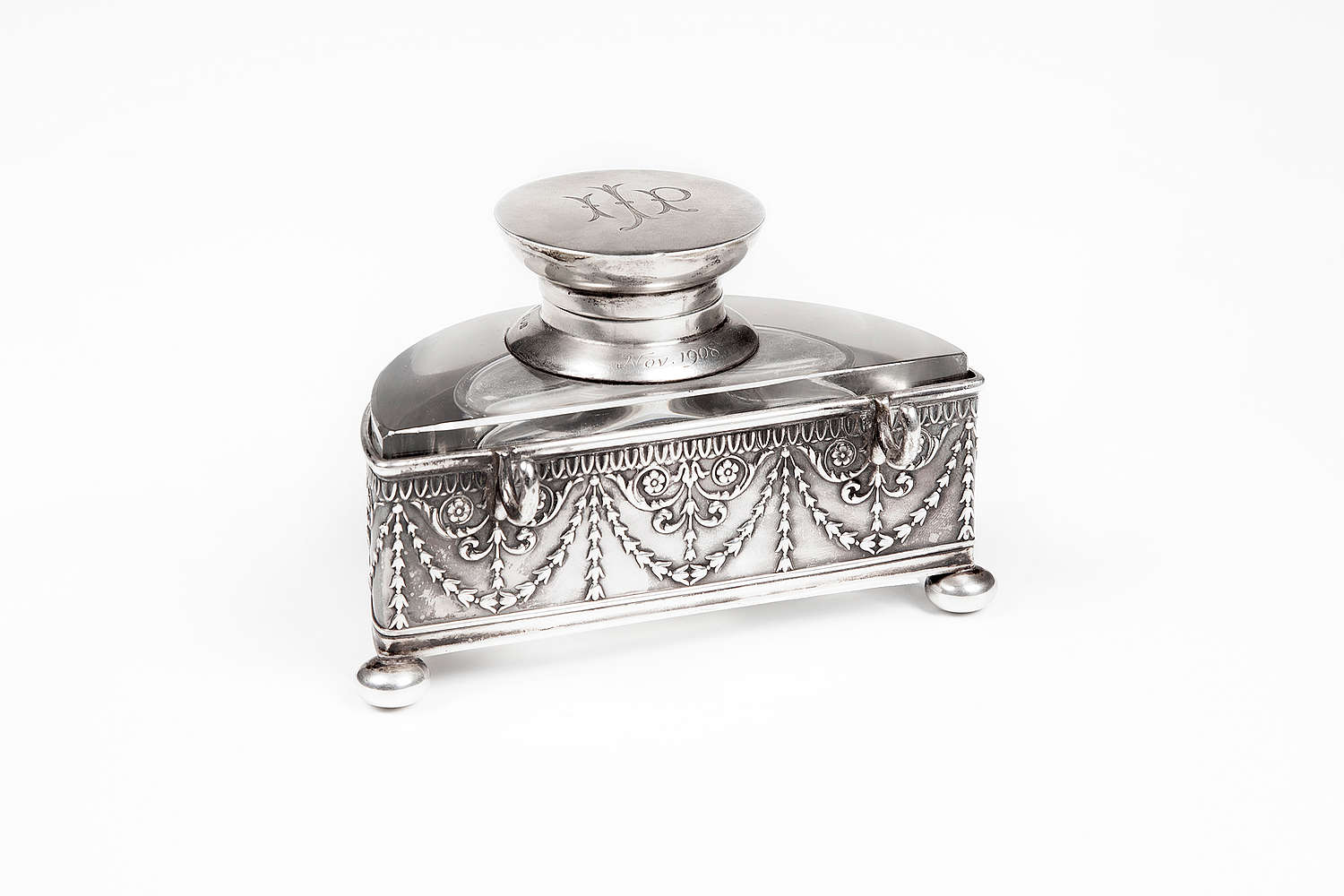 Ignacy Jan Paderewski (1860–1941) was a Polish pianist and composer who became an advocate for Polish independence during World War I, influential e.g. with President Woodrow Wilson. He successfully served as Polish prime minister and minister of foreign affairs between January and December 1919, before retiring from politics and returning to music in 1922.