The Polish National Ballet’s director is having an exceptionally creative 2014. 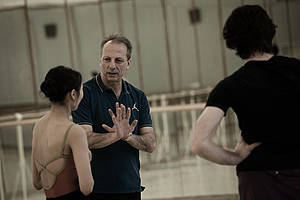 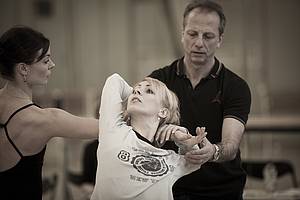 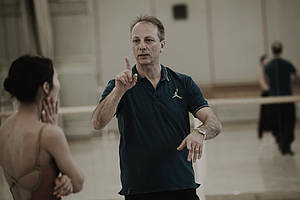 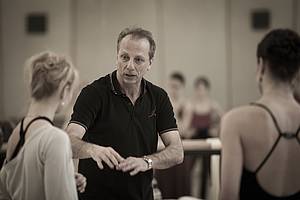 The Polish premiere of his choreographic version of Romeo and Juliet is scheduled for 7 March. It was designed in 2008 for the Scottish Ballet and the world premiere took place in Edinburgh. After that the company presented it with great success during its UK tours. It was hailed by critics as a ‘brilliant triumph’, an ‘explosion of passion’, even a ‘stroke of genius’. Now this production will be staged at the Teatr Wielki in a performance by the Polish National Ballet. Soon afterwards, on 30 April 2014, the work will have its U.S. premiere in a production by the famous Joffrey Ballet in Chicago. The two companies are collaborating on their productions based on Krzysztof Pastor’s staging.

On 29 March our theatre’s small stage will present a new work by Krzysztof Pastor designed specifically for the Polish National Ballet. Obsessions is a tripple bill  featuring his Adagio & Scherzo set to the 2nd and 3rd movements of Franz Schubert’s famous String Quintet in C Major.

Pastor’s next new project will be his original production of The Tempest inspired by William Shakespeare’s play, commissioned by Het Nationale Ballet in Amsterdam and staged as a co-production with our theatre. This time the choreographer chose music by Henry Purcell and Thomas Tallis as well as traditional Iranian music. The world premiere is planned for 18 June as part of the prestigious Holland Festival. The Polish premiere at the Teatr Wielki in Warsaw in spring 2016 will be part of our Shakespeare Festival marking the 400th anniversary of the great English playwright’s death.

Near the end of 2014 Krzysztof Pastor plans to stage his version of Pyotr Tchaikovsky’s The Nutcracker with the Lithuanian National Ballet in Vilnius, of which he is the artistic director.

Pictured: Krzysztof Pastor working with the Polish National Ballet’s dancers on Prokofiev’s Romeo and Juliet (1, 2) and his new ballet Adagio & Scherzo to music by Schubert (3, 4)