Krzysztof Pastor’s choreography set to Franz Schubert’s music will conclude a ballet evening at the Theatre Augsburg, Germany, on 10 December. 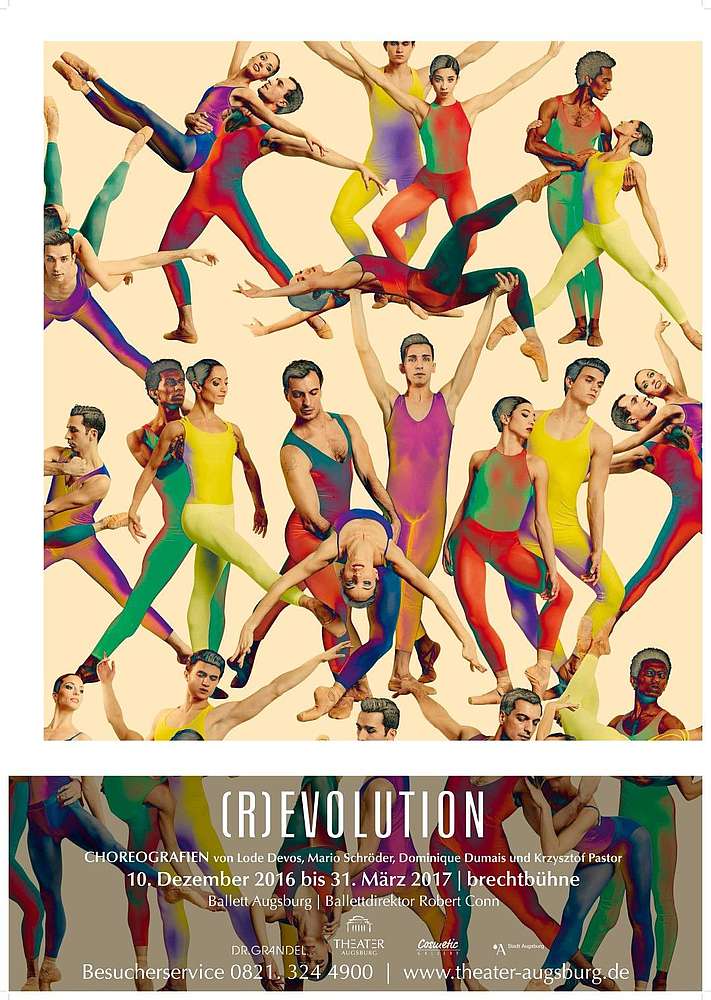 Under the direction of American dancer and ballet master, Robert Conn, Ballett Augsburg is staging a bill of four ballets under the double-meaning title (R)EVOLUTION. The idea behind the project was to juxtapose four different examples of formal innovation endeavoured by choreographers with the view to reinvent the art of ballet. Alongside Krzysztof Pastor’s Adagio & Scherzo, the project features choreographies by Lode Devos, Mario Schröder, and Dominique Dumais.

Inspired by Schubert’s String Quintet in C major, Pastor’s ballet is an atmospheric, neo-classical choreography created in 2014 for the soloists of the Polish National Ballet and may still be seen at the Teatr Wielki as part of the Obsessions bill.

The audience of the Theater Augsburg will see the ballet in a modified version, with Pastor’s own stage and lightning design and new costumes by Marta Fiedler, featured in the poster on the right. (pch)