In 2012 Krzysztof Pastor put on his choreographic version of Ravel’s ‘Boléro’ with the Dutch National Ballet. Now it is taken up by the Lithuanian ballet in Vilnius and the Latvian ballet in Riga. 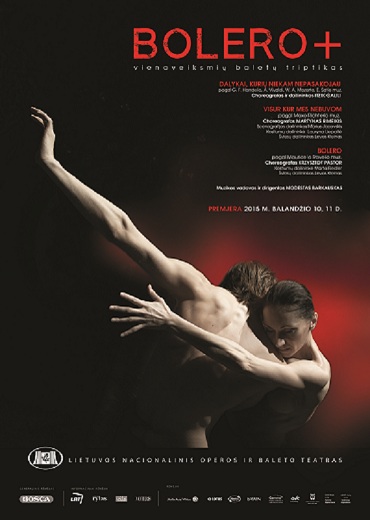 The famous ballet music by Maurice Ravel was inspired by Spanish folk dance. It was written in 1928 for charismatic Russian dancer Ida Rubinstein, who danced it in Bronislava Nijinska’s choreography. As time went by different choreographers would take up the piece, including Polish ones, yet none of the versions could match Maurice Béjart’s fascinating vision staged in 1961 in Brussels with the great choreographer’s Ballet of the 20th Century. Unabated, Krzysztof Pastor decided to test himself against Béjart’s legend, a task he succeeded at with the Dutch National Ballet in Amsterdam. Now our choreographer will stage the ballet with the Lithuanian National Opera and Ballet Theatre in Vilnius and the Latvian National Ballet in Riga.

The premiere of Pastor’s Boléro is taking place on 10 April 2015 as part of a triple bill of one-act ballets by Israel’s Itzik Galili, Lithuania’s debutant Martynas Rimeikis, and Krzysztof Pastor. The programme’s conductor is Modestas Barkauskas. The set design for Boléro was devised by the choreographer himself, while costumes were designed by our ballerina Marta Fiedler. In the autumn, the production will be shown at the Latvian National Opera. A year later it will be performed at the Teatr Wielki – Polish National Opera by the Polish National Ballet. (pch)