The director of the Polish National Ballet is working on his own choreographic version of The Nutcracker at the Lithuanian National Opera and Ballet Theatre. 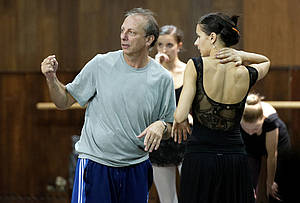 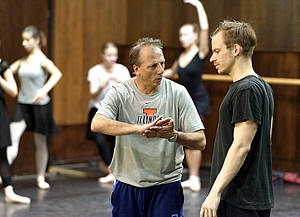 The premiere in Vilnius will take place well ahead of Christmas, on 21 November 2014. The stage designer for this production is Vyacheslav Okunev, familiar to Warsaw audiences from the Boris Eifman performances, while the orchestra will be conducted by Valery Ovsyanikov. A series of 17 performances of the new staging of Pyotr Tchaikovsky’s ballet with our artist’s choreography are planned between the premiere and January 2015.

The Nutcracker is the latest of several productions by Krzysztof Pastor at the Lithuanian National Theatre, where he has also been the artistic director of ballet since 2011. The current season’s repertoire includes his Tristan and Isolde (the Vilnius version of our Tristan) to music by Richard Wagner. Pastor’s choreography to Maurice Ravel’s Bolero will premiere there on 10 April 2015. This season the Vilnius theatre also continues to perform choreographer Robert Bondara’s ballet Čiurlionis.