The world premiere of Krzysztof Pastor’s new full-length ballet will take place on 18 June during the Holland Festival 2014 in Amsterdam. 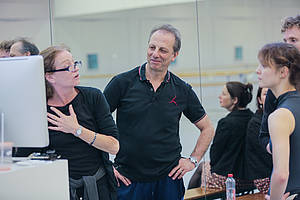 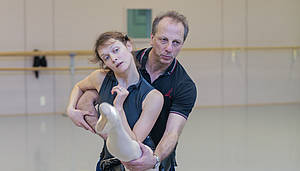 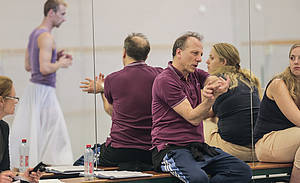 The world premiere of Krzysztof Pastor’s new full-length ballet will take place on 18 June during the Holland Festival 2014 in Amsterdam. There, the PNB’s director is working on The Tempest based on William Shakespeare with Het Nationale Ballet, where he continues to be the resident choreographer. The production is a joint project with our theatre; the premiere of Pastor’s The Tempest by the Polish National Ballet is planned at the Teatr Wielki in April 2016, as part of a Shakespeare ballet festival marking the 400th anniversary of the great English playwright’s death.

Krzysztof Pastor is not translating The Tempest into choreographic language – Shakespeare’s masterpiece with its multiple meanings is only a source of inspiration. He has taken motifs and characters from the play but his primary aim is to highlight the magic concealed in the text. On this new production, he is working with Shirin Neshat, an Iranian artist from New York known for her work in film and photography. Her photos of isolated women in Islamic countries gained wide publicity. This is not the choreographer’s first collaboration with Shirin Neshat; her photos provided Krzysztof Pastor with inspiration for his Dutch production of the ballet Scheherazade. Other collaborators on The Tempest in Amsterdam include dramaturge Willem Bruls, stage and lighting designer Jean Kalman, costume designer Tatyana van Walsum and music consultant Jan Pieter Koch.