The International Ballet Festival Dance Open in St Petersburg, Russia, has invited the Polish National Ballet to present Krzysztof Pastor’s The Tempest in the city’s Alexandrinsky Theatre on 19 April. 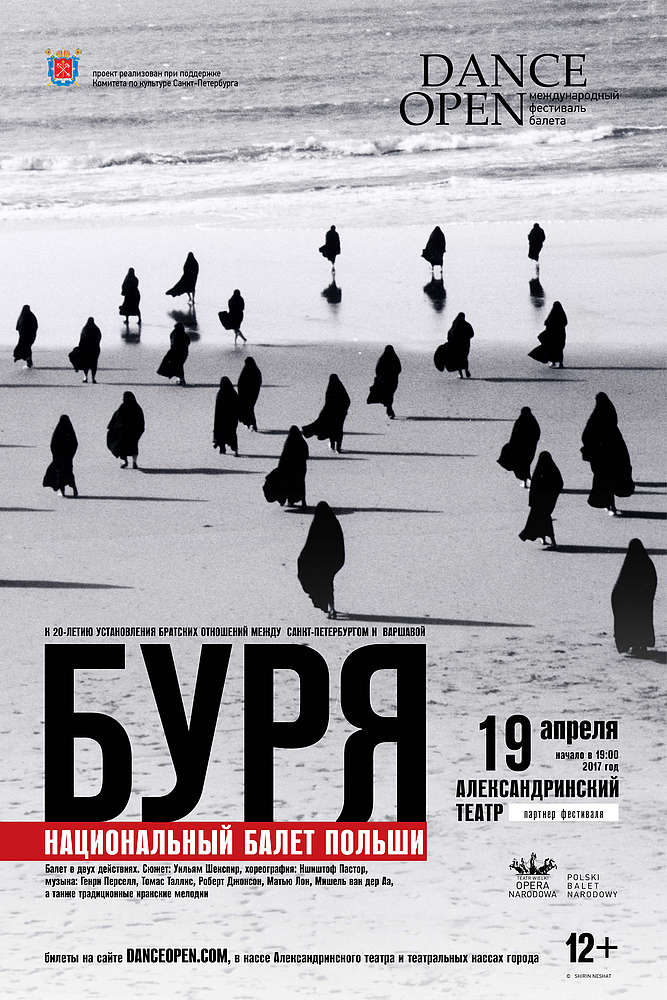 It is already the 14th edition of the renowned dance festival, whose aim is to showcase the latest trends in ballet choreography in Russia and around the world. This year’s event will be held from 13 and 24 April at the famous Alexandrinsky Theatre, the home of the Pushkin Drama Theatre. Apart from the Polish National Ballet, the festival will welcome the Batsheva Dance Company of Tel Aviv, the Nederlands Dans Theater of The Hague and Russian ballet companies from the opera houses of Perm and Yekaterinburg. The event will conclude with the International Ballet Stars Gala.

The organisers became interested in Krzysztof Pastor’s choreographic take on The Tempest straight after its Amsterdam world premiere. Having seen the production in Warsaw, Olga Belenkis, the director of Dance Open, invited our company to perform the ballet at this year’s edition of the festival. Taking on the leading roles in St Petersburg will be Yuka Ebihara as Miranda, Vladimir Yaroshenko as Prospero, Maksim Woitiul as Ferdinand, Patryk Walczak as Ariel, Paweł Koncewoj as Caliban. Iranian instrumentalist Abbas Bkhtiari will make a guest appearance as Old Prospero. The closing gala will feature our first soloist Dawid Trzensimiech partnering Melissa Hamilton of the Royal Ballet in a duet from Asphodel Meadows by British choreographer Liam Scarlett. (pch)