Having successfully danced Armand Duval in John Neumeier’s Lady of the Camellias and the leading role of Tsarevich Nicky in Krzysztof Pastor’s Swan Lake, Patryk Walczak was promoted to First Soloist, the highest rank in the Polish National Ballet. 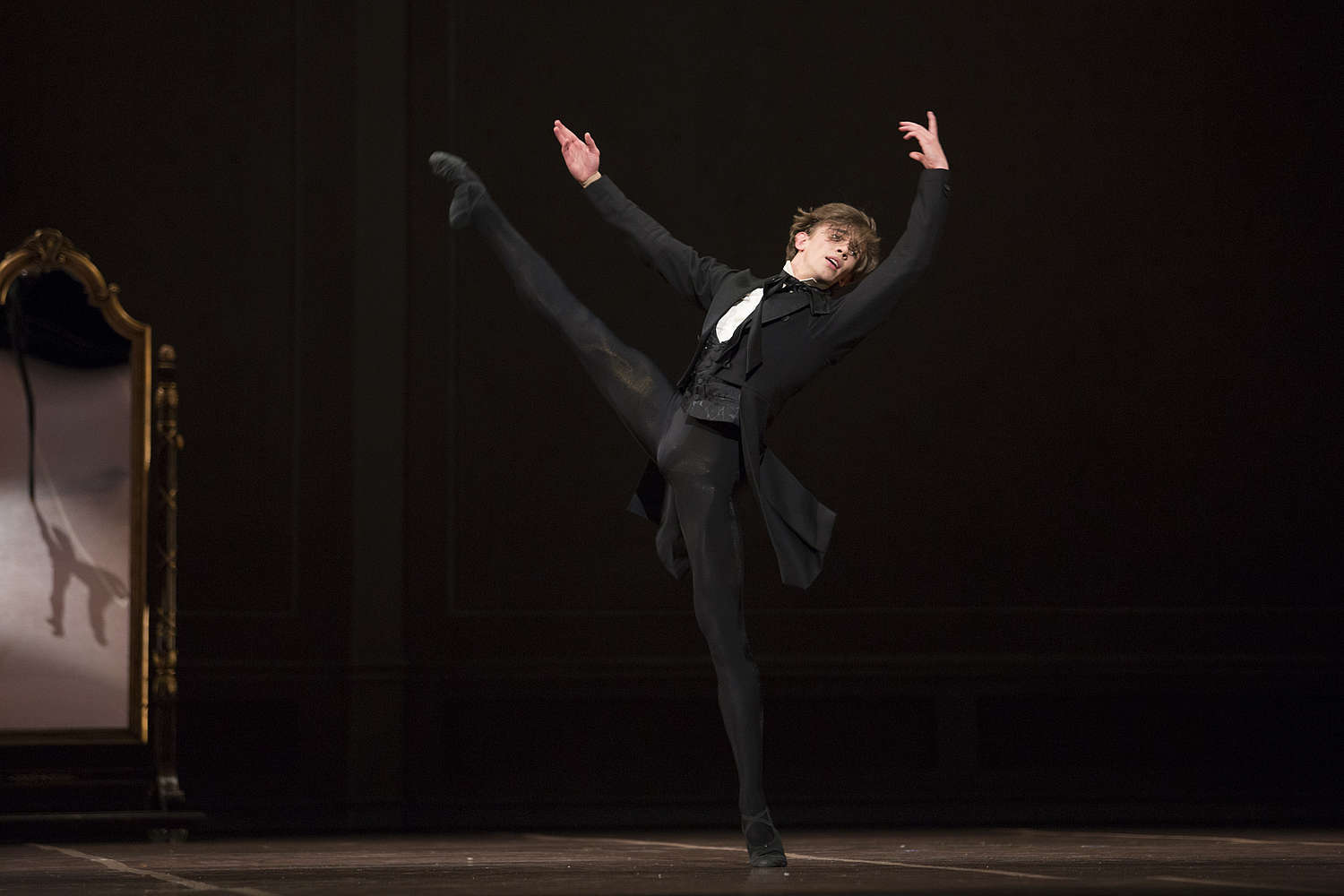 The dancer has been working for the promotion for eight years now ever since he debuted on our stage straight from the Roman Turczynowicz Ballet School, Warsaw. Back then he was considered the school’s most talented graduate of a decade. Two years into his career he became a coryphée and after an impressive success as Puck in the Polish premiere of John Neumeier’s Midsummer Night’s Dream, he was promoted to Soloist in 2014.

His repertory with the Polish National Ballet gradually grew to include: The Nutcracker and Prince in the Tchaikovsky ballet classic, Soloist in Kylián’s Soldier’s Mass, Young Soldier in Jooss’s Green Table, a range of roles in Krzysztof Pastor’s ballets: Benvolio in Romeo and Julia, Count Tomatis and Campioni in Casanova in Warsaw, memorable Ariel in The Tempest, and Volkov The Hussar in Swan Lake, as well as Lucentio in John Cranko’s The Taming of the Shrew, Lysander in Neumeier’s Midsummer Night’s Dream, Espada in the classical version of Don Quixote, Poet in Fokine’s Chopiniana, and finally the spectacular leading roles of Armand Duval and  Tsarevich Nicky. Congratulations on the impressive string of successes that led to the promotion, Patryk! (pch)