Almost straight from the plane from Washington, the representation of the Polish National Ballet performed a special version of Casanova in Warsaw at the presidential palace in the Polish capital on the invitation from Poland’s first lady. 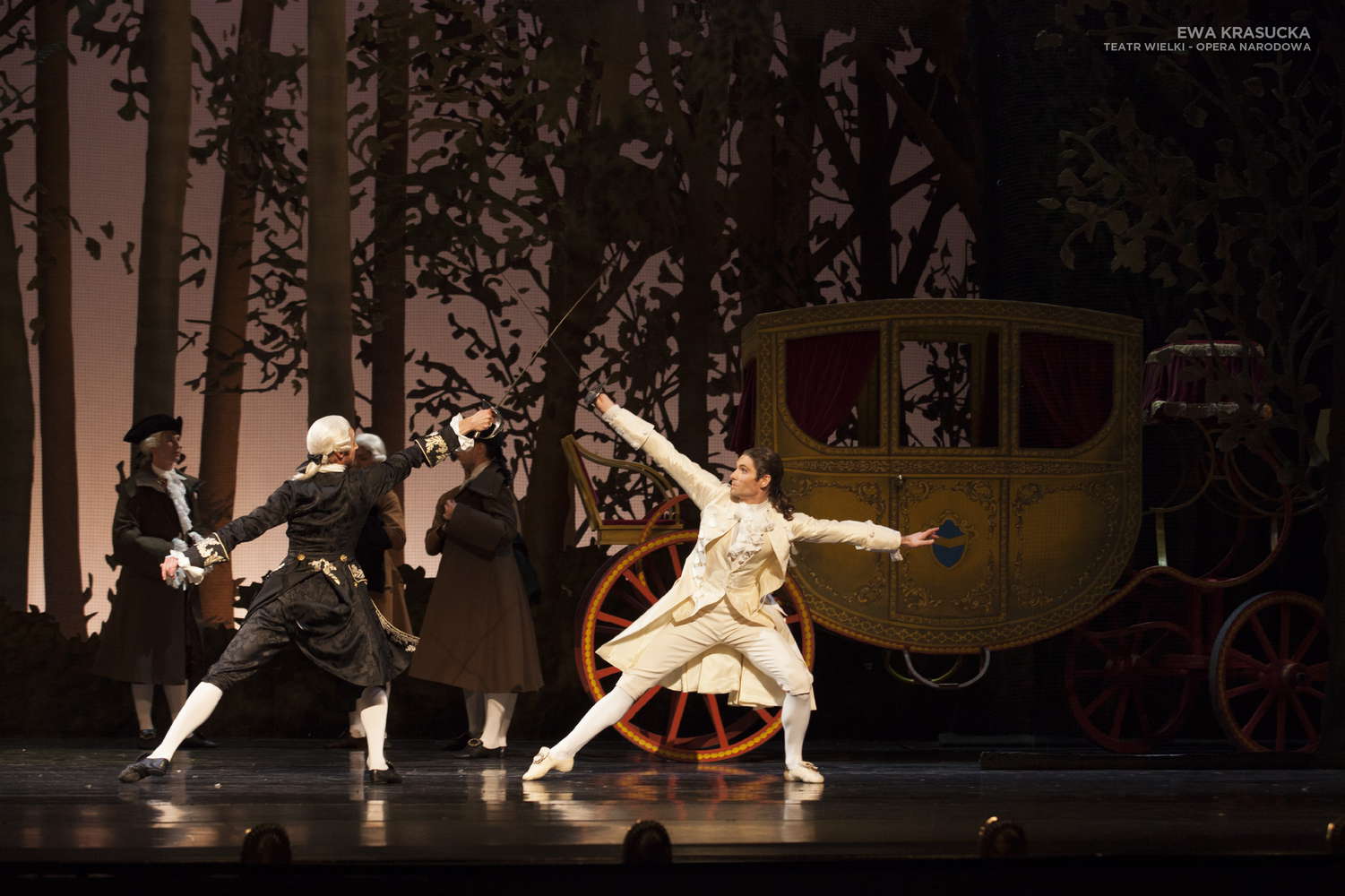 It is already the second time that Mrs Anna Komorowska has honoured our company in this way. On 26 June 2013 our dancers performed for the guests of the first couple on the terrace of the Belvedere. This time, on 1 July 2015, the performance took place in the gardens of the presidential palace during the 44th artistic evening organised by Mrs Komorowska in the presidential residencies.

The performance, the last of the 2014/15 season, agrees well with the tradition of the place, as in the 18th century the palace would often welcome public presentations of operas, ballets, and the first shows by Wojciech Bogusławski. Even before that, between 1765 and 1766, Giacomo Casanova would visit the place during his stay in Warsaw. With this context in mind, Waldemar Dąbrowski, the Teatr Wielki’s director, thanked the hosts for their invitation and the opportunity to perform at such a grand venue. (pch)