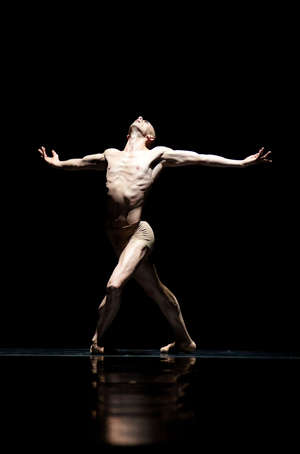 Few people there, as well as here, remember that the ballet company of the Teatr Wielki went on a great tour of the American east coast in 1987 and 1990, presenting the traditional choreographic version of the Romantic ballet Giselle also in New York’s Bronx and Brooklyn. Now the PNB will perform in the heart of the Big Apple, the Manhattan, at the prestigious dance centre, the Joyce Theatre. From 16 to 21 June the company will perform seven times with a contemporary ballet programme including choreographies by Krzysztof Pastor (Adagio & Scherzo and Moving Rooms) and Emanuel Gat (The Rite of Spring). Later, the PNB will travel to Washington to present the programme at the Eisenhower Theater at the Kennedy Center on 23 June. On stage the audience will see 23 dances of our company, including the first soloists: Yuka Ebihara, Marta Fiedler, Aleksandra Liashenko, Maria Żuk, Paweł Koncewoj, Maksim Woitiul, and Vladimir Yaroshenko.

The tour is organised by The Laurel Fund for the Performing Arts (Washington) in association with the Adam Mickiewicz Institute. The tour comes soon after the PNB’s successful performance in Houston as part of the Dance Salad Festival in 2013. (pch)