Yuka Ebihara and Vladimir Yaroshenko, first soloists of the Polish National Ballet, have been invited to perform at international ballet galas in Latvia, Sweden, and the Czech Republic. 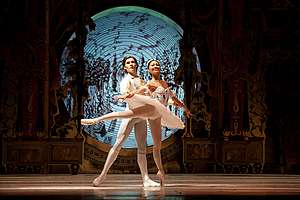 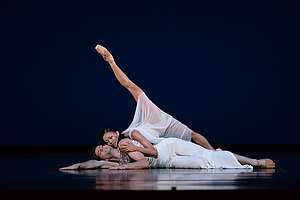 On 16 March 2015 they will dance the Pas d’esclave from Marius Petipa’s La Corsaire and Clara and the Prince’s pas de deux from Wayne Eagling’s The Nutcracker on the stage of the Latvian National Opera during the ballet stars gala held by Olga Azizova’s Worldstars foundation. The gala with our dancers’ participation will then be shown in Sweden, in the concert halls of Malmö (11 April) and Helsingborg (12 April).

What is more, on 27 March 2015 the pair will perform a duet of Tristan and Isolde from Krzysztof Pastor’s Tristan and a pas de deux of Kitri and Basilio from Alexei Fadeyechev’s new choreographic version of Marius Petipa’s Don Quixote at an international gala held at the Antonín Dvořák Theatre in Ostrava by the National Moravian-Silesian Theatre. Our dancers have been hailed as special guests of the ballet gala at Dvořák Theatre, which is held under the patronage of Ms Anna Olszewska, Poland’s general consul in Ostrava.

In the photos: Yuka Ebihara and Vladimir Yaroshenko dancing a pas de deux from The Nutcracker (1) and the duet of Tristan and Isolde (2)